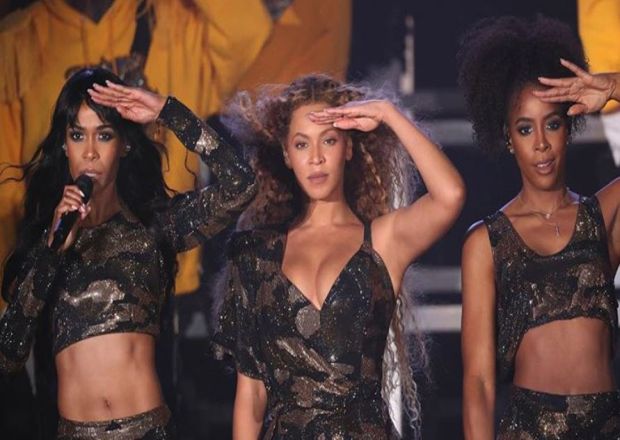 Beyoncé made history at the Californian festival, Coachella, on Saturday night, April 14th, as she is now the first black woman to top the bill at the festival and the historical fact didn’t go unnoticed by the entertainer. She thanked her fans for the defining moment in her life toward the end of her set.

Her historical moment had been delayed by a year after the singer was told to pull out of last year’s headline slot owing to the fact that she was pregnant with twins. Arguably, she would have made history in 2017 as well, but luckily for Beyoncé, as her jaw dropping show apparently came to her ‘in a dream’, while she was pregnant with her children.

The set was the height of spectacle as her show wowed the most cynical of onlooker. Beyoncé not only blew the crowd away but according to some she blew the lid off the festival itself. Kicking things off from a catwalk in the middle of the crowd, in an outfit like an Egyptian Goddess, before momentarily appearing at the top of the stairs on stage in a completely different garb. She was ready to set the bar for any other performer at the festival and beyond.

I’m so glad Beyoncé finally decided to do majorette dancing if this is the new wave for solo bey I’m here for it pic.twitter.com/zNEXF48xzp

The show packed in everything, from dance moments interspersed throughout as a moment of pause, to the singer rising over the crowd in a cherry picker. During ‘Sorry’, she was pure female empowerment and for, ‘Run The World (Girls)’, she played parts of Chimamanda Ngozi Adichie’s ‘We Should All Be Feminists’ TED Talk, which had been sampled on ‘Flawless’.

It wasn’t until the 22nd track of the night that Beyoncé allowed a fellow star to come on the stage with Jay-Z‘s rap cameo appearance on ‘Déjà Vu’.

Then, Destiny’s Child appear Coming after ‘Run The World (Girls)’, Michelle Williams and Kelly Rowland’s earlier incarnation helped assist the star to her epic status. Finally her sister Solange joined the star to dance along to ‘Get Bodied’.

Houston’s own @Beyonce is giving us the dream performance at the 2018 @coachella! I am very proud of the artist, entertainer, and global philanthropist Beyonce has become… #HoustonStrong #HoustonProud #Coachella #beychella #beyonce #BeyHive #HBCU pic.twitter.com/MfqE9RHrqR