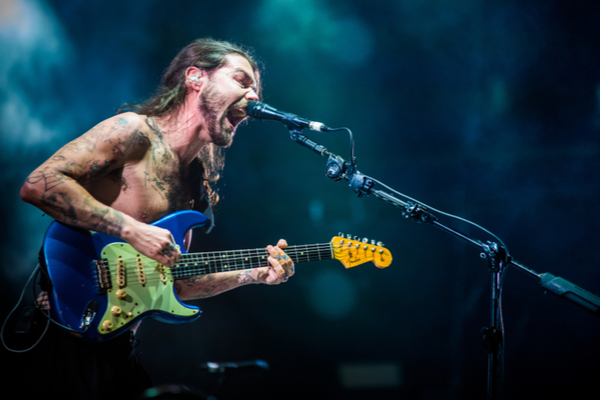 Biffy Clyro have finally completed their new album “literally last week” and expects it to hopefully be “out in October”. Straight off the back of their eighth album, A Celebration Of Endings, the band confirmed they were working on more music.

Speaking at the BRIT Awards last night, Biffy Clyro told NME that work was complete on one of the four records Neil had been working on. However, the Scottish group said they would no longer call the album A Commemoration Of Commiserations, a title they have teased on social media.

“The title has changed, and we’ve got to keep it top secret at the moment, but we finished it literally last week”, revealed Biffy frontman Simon Neil. “We weren’t intending on doing it, but we’ve ended up making an amazing album. It’s about that reflection of how you can experience the same thing but react in a completely different way.

“We’ve all had this huge global experience, but we’ve not had the same experience for many, many reasons – and I feel that’s what the record is about. It’s about the aftermath of coming through something together, but also not being able to comprehend what someone else is going through. We’re all trying to make the best of that,” declared the Biffy Clyro frontman. “It’s still a fairly positive outlook with a s*** tonne of bone marrow nihilism going down inside of it.”

Meanwhile, Biffy Clyro bassist James Johnston explained what “a relief” it was to be making music again, after “spending months in lockdown”. Johnston said he was “going down in a big way” and began making tables and doing the gardening “because I lost it”. However, the bassist believes that “music brought us right back and reminded us of how much power it has.”

Biffy Clyro, who have a number of hit tracks, were nominated for Best British Group at last night’s awards but lost out to Little Mix.

Noel Gallagher: ‘Every Single Song In The Top 10 Is The...