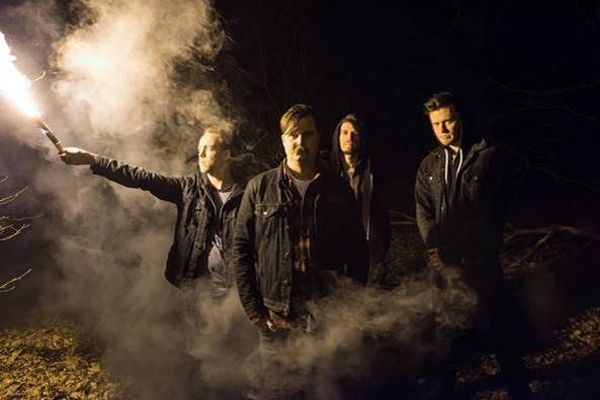 Black Peaks have announced their hugely anticipated, brand new album ‘All That Divides’, set for release on October 5th through Rise Records/BMG. The band also announced a full UK and European headline tour in Oct/Nov including a date for The Grand Social, Dublin on Friday, October 12th. Tickets priced €16 go on sale this Thursday, June 7th through www.ticketmaster.ie and other usual outlets nationwide.

The Brighton four-piece make their return with the hugely anticipated second album ‘All That Divides’. The album is a definite contender for cover artwork of the year! Produced by Adrian Bushby (Grammy Award Winner for Muse and Foo Fighters ), a brand new single ‘Home‘ has also just been released. The video for that cracking tune is available below.

Black Peaks front man Will Gardner said of the new single ‘Home‘: “We were writing the song against the backdrop of a lot of uncertainty with regards to personal and political identity. We were out on tour in Mainland Europe in mid-2016, during a period where we as British Citizens felt like decisions being made on behalf of our ‘Home’ did not represent us. There is a uneasy feeling of severance that happens when you are not physically at home during a time of transformation.”

Will Gardner on ‘All That Divides’: “Lyrically at least, this album represents the fear of a future where freedom is restricted. Over the last two years, we as a band have been incredibly lucky to have been able to travel accross Europe and play our music.  We have seen people, families, relationships and countries divided by conflict and political upheaval, and our reaction to this is a core lyrical theme running through the album.”

‘All That Divides’ is the follow up to the 2016 debut album ‘Statues‘, which was universally acclaimed, saw the band play-listed on Radio 1 with ‘Saviour’ and tour accross Europe with the likes of Architects, Mastodon, System of a Down, Prophets of Rage and Dillinger Escape Plan.