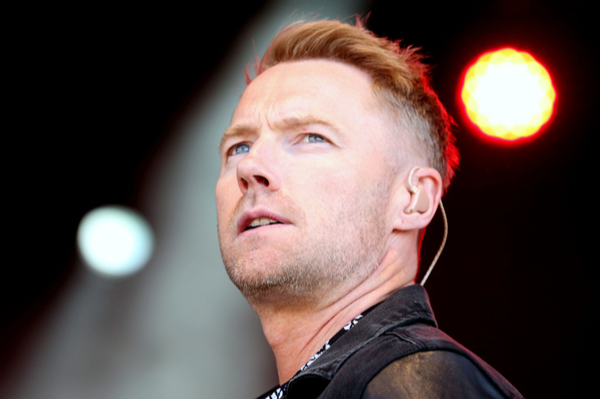 Ronan Keating has said that Boyzone should have finished after the death of Stephen Gately.

Keating admitted that the death of his bandmate and friend “was the end of Boyzone really”. Gately sadly passed away aged 33 in October 2009 at his holiday home in Majorca.

They recently marked their 25th anniversary with a new album. They also embarked on their Thank You & Goodnight Tour in 2018 and 2019.

Speaking recently, Keating was asked whether or not Boyzone would reunite for a special 30th anniversary tour in 2023.

“2019 was a very special tour, to mark 25 years since the album came out, and to go out on a high and write our own final chapter ourselves and have the control”, he said.

“That final tour was amazing, we went around the world, did shows in Japan and China and all across Asia and Australia and Europe, we went out on a high and that might never happen again. If we came back and did it again, we might tarnish that”.

Ronan Keating gave the honest admission that Boyzone should have finished after Stephen Gately’s death in 2009.

“For me, when Stephen died, the band should have finished”, he said. “That was the end of Boyzone really. What we did after that was something different, it wasn’t Boyzone”.

“But we thought we were doing the right thing in Stephen’s memory, it’s what he would have wanted. For me, it never felt the same. I was looking to my right every night on stage and he wasn’t there. I felt his spirit but I didn’t feel it…I missed him too much”.

Keating also added, “I’m glad that we went out on a high and we showed our respects to our bro and called it a day. I don’t think 30 years…we don’t need to do it, so I don’t think we should”.

The lead singer also admitted that he continues to miss his close friend Stephen Gately to this day.

“I miss him terribly, I really do. I think we were each other’s sounding boards quite a lot. He would make things very real, he’d always tell me the truth, even when I didn’t want to hear it”.

Ronan Keating was also promoting his upcoming album Songs From Home, which will feature covers of Bono, Van Morrison and the Charlatans.

Keating revealed that his wife Storm has worked on one of the record’s tracks.

“We had a little set-up in the house where I did a lot of the vocals for the album and she knows what she’s doing, I let her be. I let her spend time”, he said.

“There she is in her dressing gown in the kid’s playroom where I’d set up a microphone singing the vocals to The Blower’s Daughter. I came back twenty minutes later and she had it done. She smashed it, it was cool”.

Heading to @Carfestevent on 22nd July next year! Tickets are available from 18th November – head over to their site for more details! pic.twitter.com/zTggnBrsIY