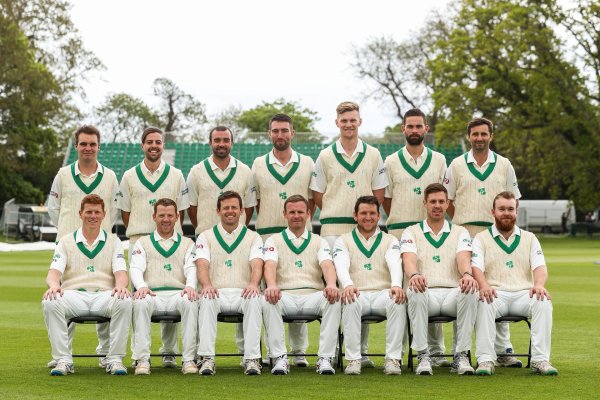 No blushes ultimately for Pakistan but they were forced to work very hard following a spirited comeback from Ireland’s cricketeers who enjoyed their maiden test despite their defeat today in Malahide.

William Porterfield’s Ireland took three rapid fire wickets on the final day of their inaugural test. The hosts completed their second innings with a total of 339 this morning.

After being handed a target of 160 runs for victory, Pakistan had a shaky start to their innings. Tim Murtagh bowled out both Azhar Ali and Asad Shafiq, while Boyd Rankin dismissed Haris Sohail.

The visitors were reeling at that point but debutant Imam-ul-Haq and Babar Azam shared a 126-run fourth wicket stand as Pakistan battled to their winning target of 160.

The Wicklow wonder and man of the match, Ireland’s first Test centurion Kevin O’Brien was a little disapointed naturally: ”A slightly better morning session for us and we could have pushed Pakistan harder, it was disappointing not to get those extra 40/50 runs. I struggled with forgetting about yesterday, all the reaction on social media and everything, that was the toughest part. It was mentally draining, I’m not used to batting five and a half hours. IJust played the situation. I needed to stick in there and rotate the strike. I’m renowned for slogging the ball but with the game situation as it was I reined myself in a bit.”

The beaten Ireland captain William Porterfield is remaining positive: ”It would have made for a very interesting game had lead got close to 200 runs and had we been able to break that partnership [between Imam-ul-Haq and Babar Azam] it could be a very interesting finish. There were a hell of a lot of good things to come out of this game, we played a lot of good cricket. There were a few nerves but the way we fought in the second innings was a great effort. That’s the character we’ve had and to be able to bring that into first Test is pleasing. One of the things we talked about is regardless of what happens is winning that next session, and after the morning session yesterday losing four wickets to end up losing only seven in the day was a massive effort. The focus now is on T20 cricket for next six weeks, there’s quite a lot of cricket to look forward to throughout the summer.”

Pakistan have won by 5 wickets. We may not have got the win, but it was a fantastic effort from every one of our team on a historic occasion. They’ve done us proud.

Test Match ✔
Well done to @Irelandcricket, @IrishCricketers & @TheRealPCB for putting on a great show. We've loved playing our part. Special thanks to all the volunteers & ground staff, many from clubs across Ireland who have contributed.