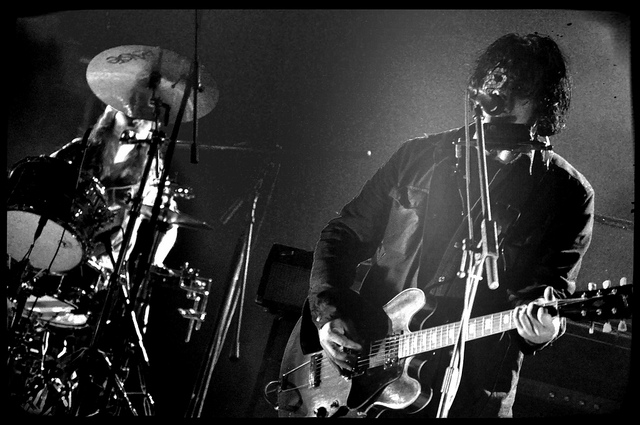 Black Rebel Motorcycle Club have launched an online funding campaign to help the band’s drummer Leah Shapiro, as she recovers from brain surgery.

The appeal is called ‘Pass The Helmet For Leah’, the band’s Facebook page is asking fans to donate on the GoFundMe page.

Shapiro broke the shocking news about requiring brain surgery on the band’s official Facebook page, stating that she had been feeling very dizzy and experiencing severe neck pain.

The drummer revealed that she requires treatment for Chiari malformations found in her brain. These malformations are structural defects in part of the brain and skull which control balance and other functions.

The GoFundMe page reads: “Leah has a serious medical condition requiring brain surgery and months of recovery. Many of you have asked what you can do to help support her and help her get through this, and I think we should all put a dollar in the motorcycle helmet and pass it around. Motorcycle club members always help out fellow members and especially the President of the club, good heavens! All donations will go towards Leah’s surgery and recovery.”

Despite the serious surgery that she requires, Shapiro remains optimistic, “As you can imagine, I’m hardly looking forward to having my skull cracked open and my brain operated on, but it’s the only thing that’s going to help me get better. And while the thought of not being able to play drums for several months while I recover from the surgery totally sucks, I’m determined to make a full recovery and get back to playing music with Rob & Pete as soon as I can.”