Home Music Catfish And The Bottlemen Reveal How Green Day Pranked Them! 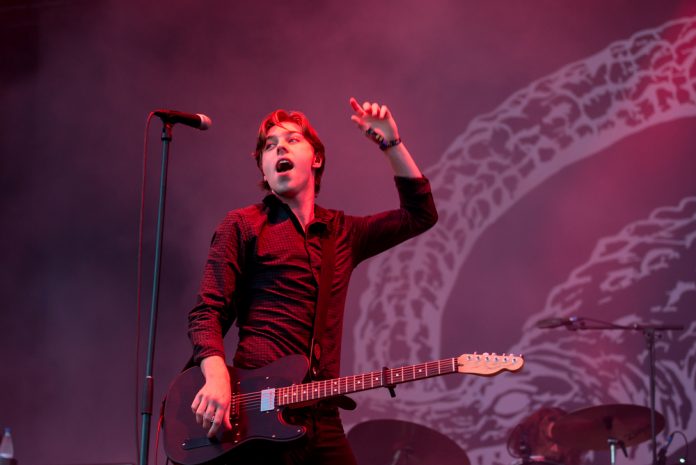 Catfish and the Bottlemen have revealed some of the antics that punk rockers Green Day got up to on tour last year.

Talking to Radio X’s Gordon Smart, bottleman guitarist Johnny Bond explained that Green Day used to frighten them by “hiding behind [their] amps with masks on”.

He also said that Green Day kicked off each gig with Queen’s ‘Bohemian Rhapsody’ and shot confetti from huge canons. As a result, the leftover wedding shrapnel would get caught in the Welsh band’s gear backstage.

Bond explained how Green Day released the confetti, “I think Tre Cool had a leaf blower and someone stood next to him and someone was throwing massive bin bags of confetti with Green Day written on it which we’re still picking out of our gear a year later,”

According to the NME, guitarist Bond also opened up about how much they appreciated playing legendary venues across the states. “I did really enjoy it. I mean, you’re getting to play these really classic venues, like Wrigley Fields and stuff like that, The Rose Bowl in LA which the oldest stadium in America and you hope to get there one day, but to be able to do it at still a fairly early stage is something else.”

The Classic Album at Midnight – Genesis’s A Trick of the...