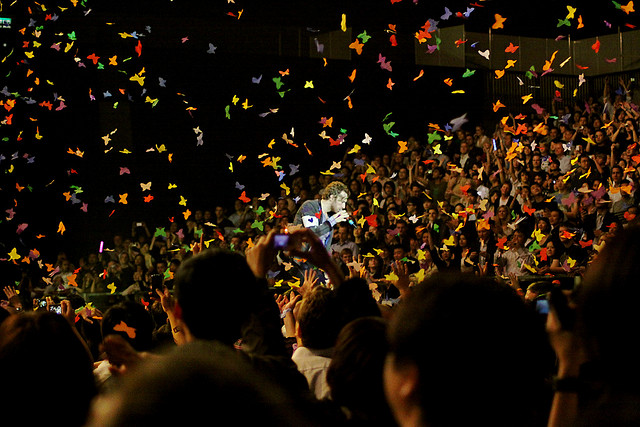 Coldplay premieres an interactive video for their new single ‘Ink’, that allows users to create their very own music video.

Viewers can decide what happens next in the plot of an animated traveller, who searches every corner of the world looking for his long lost love.

Fans make real-time changes when watching the video that alters what happens. There are up to 300 possible outcomes, so it will take you a while to get board.

The interactive ‘Ink’ video is available via Coldplay’s website.

Chris Martin said: “The ‘Ghost Stories’ show at Sony Studios was a very special moment for our band. The magic theatre built by our incredible crew with the 360 [degree] screens was literally a dream come true. And it was the first time anyone outside of our studio had heard the new songs. This film is basically our original vision for the ‘Ghost Stories’ album.”

Study Shows That Listening To Metal Can Cause Bad Driving!

Dinosaur Jr Top The Charts In Japan With 25 Year Old...