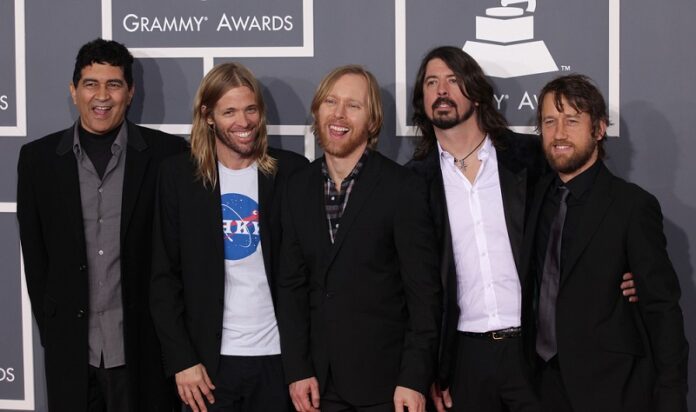 In a recent interview with Louder, Dave Grohl talked about the recording of The Colour And The Shape. Grohl explains why he wasn’t happy with William Goldsmith’s drumming on the album and why he chose to re-record it.

‘We’d finished like 12 songs. We’d recorded Monkey Wrench, Wind Up, Doll and My Poor Brain and everyone knew that it wasn’t really happening. William, our drummer, wasn’t really gelling. It didn’t sound powerful. It just didn’t sound how I’d imagined it to sound.’

It’s never been a secret that the ex Foo Fighter drummer had beef with Grohl. They fell out when Grohl laid down new drum tracks for The Colour and The Shape. There was also disagreement over proper accreditation, Goldsmith maintains that it’s him drumming on parts of ‘My Poor Brain’ as well as ‘Down in the Park’ off the album’s 10th anniversary edition.

After a Christmas break Grohl used a friend’s studio to lay down the new drums. He then played them to Producer Gil Norton who thought they were pretty good. It was then Grohl realised that Goldsmith wasn’t coming back.

‘I started recording newer songs, playing the drums, playing the guitar and William was bumming out. That turned into a breakdown and then I realised he wasn’t coming back, so I recorded all the drums on the record myself. It was basically Pat, Nate and I for that album. We did it pretty quickly. We re-recorded the record in about four weeks. When we were done, I knew we had a fucking great album.’

Breaking: Dave Grohl Signs Copy Of The Colour And The Shape For Pope Francis pic.twitter.com/hfi9LhzLWK

Becoming disillusioned, Goldsmith had started boozing pretty heavily and was also struggling with Carpal Tunnel syndrome an affliction of the wrist. He claims he wasn’t interested in making money touring and when Grohl recorded the parts on Colour without telling him he finally left.

As well as this conflict within the group, Grohl was in the middle of a personal upheaval. The frontman explains the irony for him as he made that album, ‘Oh, I was getting a divorce too. You know what’s funny? People come up to me, it’s usually men and say: ‘Man, that album, it helped me through my divorce’. I’m like: ‘Really? It caused mine.’’

Dave Grohl’s Rejected Bowie Collaboration Is On The Cards