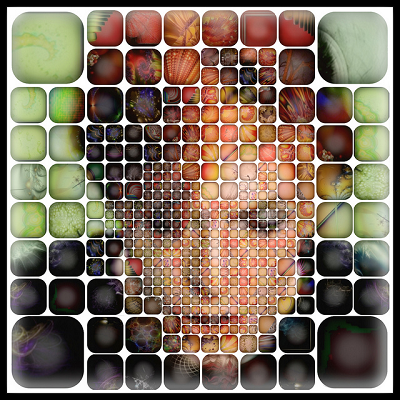 David Bowie has unveiled two more images from his upcoming best of compilation album Nothing Has Changed.

The compilation is due out in November and spans fifty years of Bowie’s material from 1964-2014.

Last week, Bowie debuted one of the cover shots for his 3-disc greatest hits collection, due out next month.

The photo was posted on the singer’s Facebook page, accompanied by the message, “Look in his eyes and see your reflection…”

The image seems to follow a pattern of Bowie’s career. The picture only shows half of his face, a theme most evidently displayed on the Aladdin Sane LP cover, when he had a red lighting bolt splitting his face. The words ‘Nothing Has Changed’ are written across the bottom to emphasis this connection to the past even further.

A statement reads: “It is with much pleasure that we can reveal the three different Jonathan Barnbrook designed sleeves for the upcoming Nothing Has Changed – The Very Best of Bowie compilation.”

“Finally, the Double Vinyl features a Mick Rock shot of Bowie at his Haddon Hall home in Beckenham in 1972.”

Nothing Has Changed takes its name from a lyric on the track ‘Sunday’ from the 2002 record Heathen. The first single will be ‘Sue (or In A Season Of Crime)’ released on Parlophone on Friday November 10th.

The compilation features rarities such as ‘Your Turn To Drive’ and the 2001 version of ‘Shadow Man’ and James Murphy’s ‘Hello Steve Reich Mix’ of ‘Love Is Lost’.

The greatest hits will also include, the previously unreleased ‘Let Me Sleep Beside You’ from the Toy album sessions, his first ever single ‘Liza Jane’, as well as the classics ‘Ziggy Stardust’ and ‘Life On Mars?’

Nothing Has Changed is due out on November 10th.

The double vinyl tracklist is:

SIDE 3:
Golden Years (single version)
Fame
Sound And Vision
Under Pressure
Sue (or In A Season Of Crime)

You Could Buy Bono’s Benz