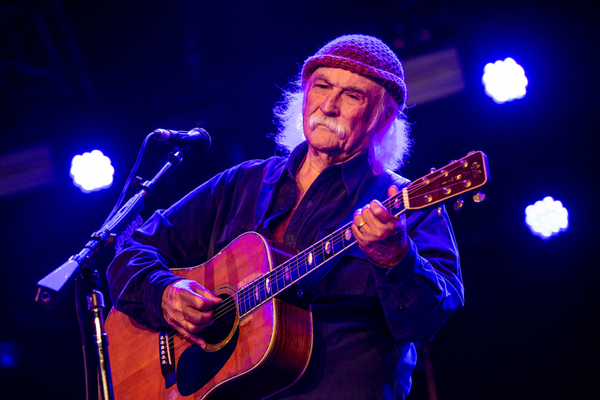 David Crosby has admitted that he did not want to sell the publisihing rights to his catalog of songs. But the singer revealed that the deal allowed him to get on with his life without worrying about money.

Crosby agreed a deal with Irving Azoff’s Iconic Artists Group. This deal meant that the corporation paid Crosby a lump sum of money, while they became entitled to profit from use of his music.

Like most musicians, the pandemic put huge financial strain on Crosby, who revealed that he might lose his house if he could not tour. A situation which he described as “really scary”.

“That wasn’t a thing I wanted to do, but doing that deal with Irving made it possible for me to not worry about the money”, Crosby recently told Rollingstone.

“It paid off my house. That was really scary”, Crosby revealed. “We were really worried we were going to lose it. I couldn’t work live, and I couldn’t make any money doing records. That deal made a difference for us. It really helped a lot”.

“Eighty is not a birthday to celebrate” – Crosby

Crosby also said in a statement that he is grateful for each day. “What matters is what you do with the time”, he insisted.

“If you sit there on your butt and worry about dying, then you f****** wasted it. I haven’t been wasting it. I’m having a really good time and feeling wonderfully about it”.

“Sooner or later, something is going to break. Right now, my life is pretty great”, he added.

Last month, we brought you the news that David Crosby’s album “For Free” is to be released on July 23. Find out more here.