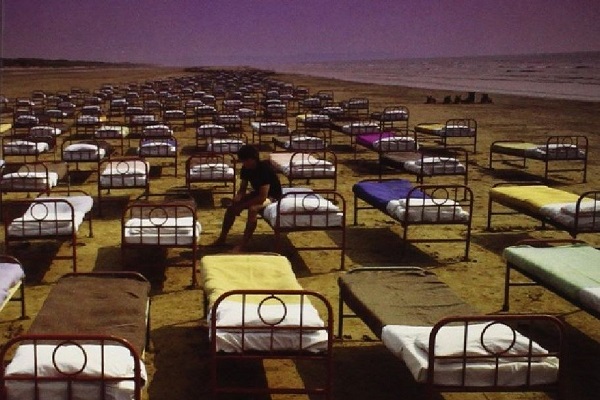 In the Pink Floyd latest limited-edition podcast series, “The Lost Art Of Conversation, David Gilmour shares his idea’s for the cover art for Pink Floyd’s 1987 album, “A Momentary Lapse Of Reason”

According to Antimusic, Gilmour said that this particular album cover began with a basic sketch of a single, empty bed.

The drawing, one of his own creations was later embellished by artist Storm Thorgerson into the epic image of around 500 hospital beds as captured on Saunton Sands in Devon.

Thorgerson was a school pal of Syd Barrett and Roger Waters founding members of the band. Thorgerson designed many album covers for Pink Floyd throughout their career.

Included in the set is an updated version of “A Momentary Lapse Of Reason”, an expanded edition of 1998’s live album, “Delicate Sound Of Thunder”, a series of 1987 & 1994 live recordings and unreleased studio material.

Also full versions of the group’s 1989 Venice Concert and 1990 appearance at Knebworth, as well as an extensive series of video projects.

Hand-Written Lyrics To Oasis’ Wonderwall To Be Sold At Auction