Home Music News On This Day In Music: Ever Heard The One About Brinsley Schwarz... 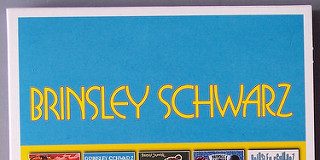 The year is 1970 and ‘Van the Man’, Mr. Van Morrison himself is set to play Manhattan’s famous Fillmore East. The venue became known as ‘The Church of Rock and Roll’ and played host to greats like Jimi Hendrix, Led Zeppelin and Crosby Stills Nash & Young.

So it was a major coup for little English pub rock band, Brinsley Schwarz’s to be booked as Van’s support act.

Brinsley Schwarz were named after their guitarist of the same name. With Nick Lowe on bass and vocals, keyboardist Bob Andrews and drummer Billy Rankin, the band evolved from the 1960s pop band Kippington Lodge. At this time, the band’s style was changing from pop into more of a folk-rock band.

The band’s promotion company set to capitalise on the heat surrounding the gig and sent 133 UK journalists, by plane to New York so they could review the performance. They were flown along with the winners of a Melody Maker competition – arranged in order to get pre-publicity. The trip set them back over €140k!

The event turned into a disaster.

Brinsley Schwarz planned to leave a few days before the show to rehearse, but were denied visas on a technicality. So the group travelled to Canada and entered the US in a light aircraft. They arrived in New York hours before they were due on stage, and had to use hired equipment with which they were unfamiliar.

The plane carrying the journalists developed a mechanical fault. The plane was delayed for hours, so the passengers had free use of the bar on board. When they eventually arrived in New York 18 hours later, they were all either drunk or hung over. Brinsley Schwarz gave a underwhelming live performance, resulting in a flood of scathing reviews.

The bad press kept rolling following the disaster concert. The band received a flood of negative reviews of their first album, Brinsley Schwarz, which was released shortly after their return to the United Kingdom. The incident became known as the Brinsley Schwarz Hype

The band went on to play the second Glastonbury festival. They recorded 6 studio albums together and disbanded in 1975