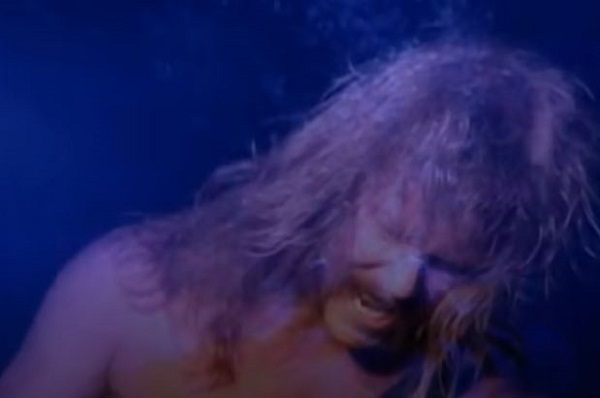 Heavy metal rockers, Metallica are set to release a deluxe, expanded version of their wildly successful self-titled fifth album on September 10th. However, fans can get an early glimpse of things to come with the band’s release of an early demo version of the album’s lead single, Enter Sandman.

The track was recorded on July 12th, 1990, by James Hetfield and Lars Ulrich in the drummer’s home studio. This recording made by Hetfield and Ulrich is one of the earliest recognisable versions of a track which transformed the San Francisco rockers into the most successful metal band in the world.

The track’s famous riff was written in a hotel room by guitarist, Kirk Hammett, during Metallica’s Damaged Justice tour. It had been recorded as the first tune on Side A of a demo ‘Riff Tape’ cassette he gave to Lars Ulrich. The previously unreleased demo is set to feature on the Riffs & Demos CD accompanying the reissued Metallica album.

A huge, 53-artist Metallica tribute album, The Metallica Blacklist, will come as part of this deluxe reissue. Artists such as Ghost, Corey Taylor, Miley Cyrus (with Elton John), St. Vincent, Biffy Clyro, Idles, The Hu, Dave Gahan, Weezer, Chase & Status and more, will feature to cover tracks from the ‘91 album.

Bruce Springsteen To Be Awarded The Woody Guthrie Prize For His...