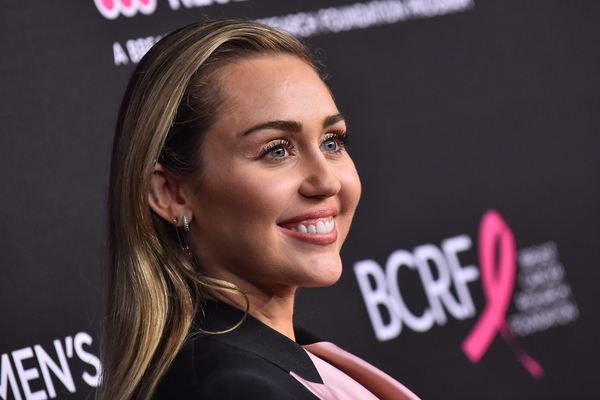 Last year it was announced that singer, Miley Cyrus had spent time recording the material of heavy metal band, Metallica. Then in a follow-on update announced earlier this year, it was revealed Elton John, Red Hot Chili Peppers’ Chad Smith, and other artists were now involved.

Yesterday, June 22nd, Metallica announced the reissue of their iconic Black Album and revealed it will be accompanied by a cover album. Various artists appear on the cover album titled; The Metallica Blacklist, including Miley and her take on Nothing Else Matters. Her rendition of the ’91 classic is already now available for you to listen, with a video shared at the end of this post.

The track, released by Metallica alongside their Black Album announcement, includes contributions from John and Smith alongside Miley’s lead vocal. Hellraiser, Ozzy Osbourne, Post Malone producer Andrew Watt, cellist Yo-Yo Ma and Metallica’s own Robert Trujillo are among the other collaborators. Metallica took to Twitter on Tuesday to make the announcement and share a link to the tune’s YouTube video.

“Check out your first sneak peek of the #MetallicaBlacklist with a star-studded rendition of ‘Nothing Else Matters’ by Miley Cyrus featuring @thisiswatt, @eltonofficial, @YoYo_Ma, @RobertTrujillo, and @RHCPchad.”

Blacklist, along with a remastered version of the original The Black Album (originally a self-titled album which has since taken the nickname in line with its album art) will both be released on September 10th, via Metallica’s Blackened Recordings. A total of 53 artists appear on the cover album to give renditions to classic Metallica hits. The covers album boasts new renditions from a total of 53 artists. As well as Miley, other contributors to the tribute album include Ghost, Weezer and Volbeat.

Released in August 1991, the album includes tracks The Unforgiven, Enter Sandman, and Nothing Else Matters, which Miley performs. Profits from this will be split between the artists’ chosen charities and Metallica’s All Within My Hands Foundation. The cover album will contain 53 tracks and physical formats will follow this release on October 1st, including four CDs and a 7xLP vinyl pressing. Pre-order here.

Will You Be Rocking Out To Brianstorm During Storm Brian Tomorrow?

After A Two Year Hiatus Electric Picnic Lineup Is Confirmed For...