Home Music News Abbey Road Studios Documentary ‘If These Walls Could Sing’ to Be Directed... 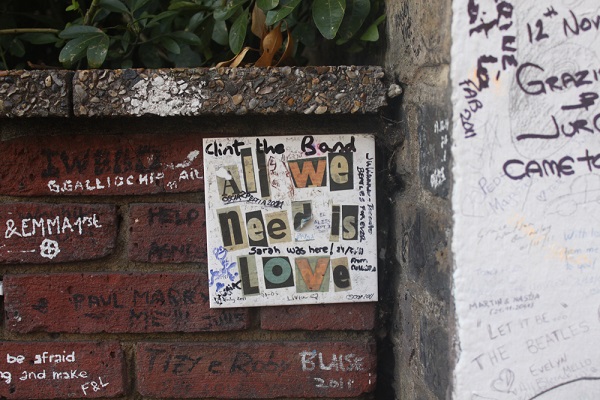 The first feature-length documentary about Abbey Roads Studios is in the pipeline and will be directed by non-other than Paul McCartney’s daughter, Mary McCartney.

Mercury Studios, the music-first content studio from Universal Music Group, has announced that it is partnering with celebrated documentary producer, John Battsek’s Ventureland for the documentary on the legendary studio.

The project will be titled; If These Walls Could Sing and will be the centrepiece of the famous studio’s 90th anniversary celebrations in November. This marks the first time Abbey Road has opened its doors to a feature documentary.

Described as the untold story of the studio, this documentary will feature an all-star cast of interviews, and intimate behind the scenes access.

Mary McCartney is a photographer and filmmaker, as well as the daughter of Paul and his late wife, Linda McCartney. She speaks of her “personal perspective” in a press release describing the upcoming documentary.

“Some of my earliest memories as a young child come from time spent at Abbey Road,” said Mary, daughter to Paul and his late wife, Linda McCartney. “I’ve long wanted to tell the story of this historic place and I couldn’t be collaborating with a better team than John and Mercury Studios to make this creative ambition a reality.”

“If These Walls Could Sing” will be produced by Battsek following a new development deal between Mercury Studios and Ventureland. Ventureland was set up just last year by former Passion Pictures co-founder, John Battsek, when he parted ways with PP after more than twenty years. The multi-platform film and television company’s recent work includes “Rising Phoenix” (Netflix), “Ready For War” (Showtime), “AKA Jane Roe” (FX), “The Life & Trials of Oscar Pistorius” (ESPN) and “American Rapstar” (SXSW ’20).

Development of the documentary has been overseen by Universal Music U.K.’s Marc Robinson and executive producer, Alice Webb, CEO of Mercury Studios. Speaking of the collaboration, Webb said Mercury could not be partnering with a “more visionary and passionate team”.

“Mercury Studios could not be partnering with a more visionary and passionate team than Mary McCartney and John Battsek to tell Abbey Road Studios’ incredible story on film for the first time. We are passionate about showcasing work of pioneering film makers of the highest quality – which is why we are delighted Mary is bringing her creative vision to this project.”

Isabel Garvey, Managing Director of Abbey Road Studios added: “If these walls could sing. I have lost count how many times I’ve heard that said at Abbey Road Studios over the years. I can’t wait for some of these stories to finally come to life in what will become a timeless documentary.”

Abbey Road Studios is located in St. John’s Wood, of North West London, and opened in 1931. It earned a reputation for having ground-breaking recording technology and was initially used for classical recordings. However, it eventually opened up to jazz, big band and rock ‘n’ roll artists. Of whom, The Beatles recorded 190 of their 210 songs at Abbey Road Studios.

If These Walls Could Sing will tell countless stories featuring an all-star cast of interviews, exclusive behind the scenes access to the studios and, of course, an amazing soundtrack.

Highly acclaimed filmmaker Peter Jackson will produce another Beatles documentary entitled; ‘The Beatles: Get Back’. The director of the Lord Of The Rings trilogy said, “We wanted to give the fans of The Beatles all over the world a holiday treat, so we put together this five-minute sneak peek at our upcoming theatrical film ‘The Beatles: Get Back.’

Dave Grohl and Krist Novoselic Said They Are Open To The...