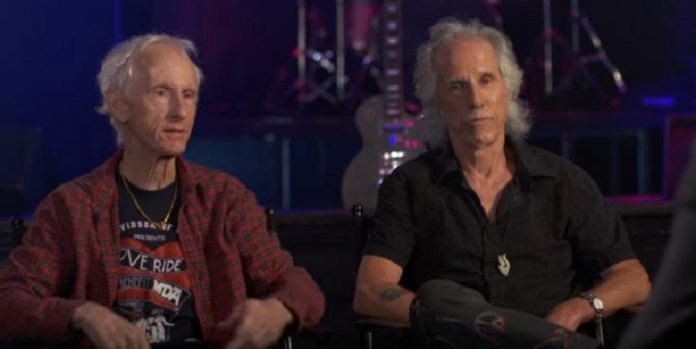 Robby Krieger and John Densmore of The Doors are the featured guests on the next edition of the AXS TV series The Big Interview with Dan Rather.

The network is streaming a preview of the interview before its broadcast this Tuesday, March 20. The band’s two surviving members sat down with Rather at the Whisky A Go Go on Hollywood’s Sunset Strip.

They reminisced about their music, the sixties and the life and death of Jim Morrison. The remaining Doors members described the session as, ‘one of the most interesting and in-depth interviews the guys have ever done.’

The Doors’ appearance on The Big Interview With Dan Rather will premiere on AXS TV on Tuesday, March 20 at 9 p.m. ET / 6 p.m PT.