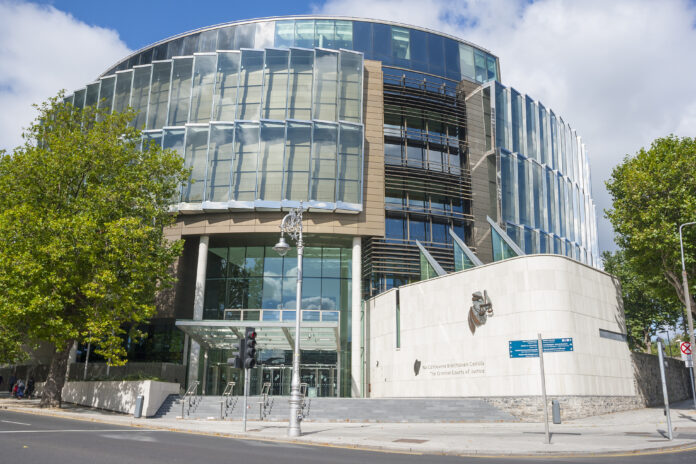 The teenage killer of 18-year-old Azzam Raguragui was sentenced to seven and a half years in prison yesterday by Mr Justic McDermott yesterday. Azzam Raguragui died after being stabbed repeatedly in a brawl at Finsbury Park, Dundrum on May 10th last year.

An argument broke out on that day between two groups of teenagers over an allegedly stolen bike. The teen, who cannot be named for legal reasons, and who was seen on CCTV camera “high-fiving” and celebrating with his friends, having stabbed Azzam Raguragui in the back 5 times, was found not guilty of murder but guilty of manslaughter.

Mr Justice McDermott said that the jury’s verdict meant that it hadn’t been proven beyond reasonable doubt that the then 16-year-old had stabbed Azzam while he lay on the ground having tried to run away from the melee.

The judge said that the fatal wound, which severed Azzam’s artery and led to massive and rapid blood loss, was inflicted in the middle of a violent and frightening fight. He said that the accused believed himself to be acting in self-defence or in defence of his friends.

The father of Azzam Raguragui told the court that he will never forget how his “innocent boy was tortured and murdered”. The grieving father said that he couldn’t get his teenage son’s final moments out of his mind, “a short, sharp knife shredding his body”. Azzam leaves a hole in their family. “His precious life can never be returned. His chair will always be empty around our dinner table”. Remembering Azzam’s cheerful personality, Abdul Raguragui said that “The first thing that everyone would notice about Azzam was his smile. I never remember him without that smile, he was the light of the house.The brightness in every room. But suddenly that brightness is now gone”.

Azzam’s mother Hajiba kept asking why her “kind” son had been taken away from her over something as “cheap” as a bike.

Sentencing the 17-year-old boy to a year in Oberstown before transfer to an adult prison, the judge cited the fact that the teen had armed himself with a knife. “Any person who equips themselves with a dangerous weapon like this and uses it in the circumstances described can only expect a court to view that as a serious aggravating factor,” he said. Further aggravating the seriousness of the offence was the fact that the teenager didn’t call for help for Azzam, although he knew he had just stabbed the 18-year-old 5 times. Justice McDermott said that the boy had shown “a callous disregard to the predicament of the deceased at the time”. The accused had followed Azzam, after the fatal wound had already been inflicted, and assaulted him as he lay curled up and dying on the ground. The judge described this as “cowardly”.

The boy will begin his sentence immediately.

Some Pubs Hoping To Be Open Next Month