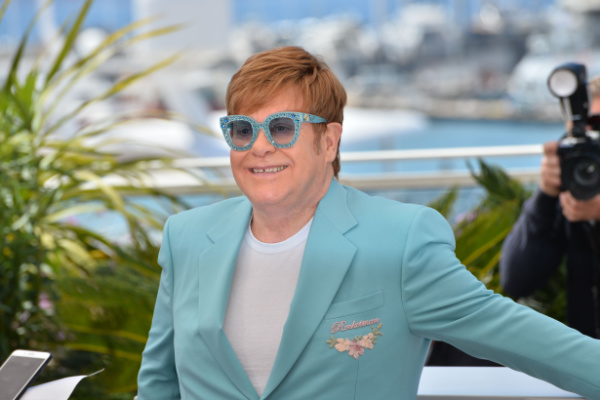 Elton John is to headline Glastonbury 2023 as part of his last ever tour, it has been reported.

The music icon will take to the Pyramid Stage on 25 June next year, as part of his last ever tour.

In a statement, the Tiny Dancer singer said that he “couldn’t be more excited to be headlining the Pyramid stage”.

“As the end of my Farewell Yellow Brick Road tour comes into view, there is no more fitting way to say goodbye to my British fans,” he added. “They have been beyond brilliant, and have supported me through all the highs and lows of my career … I can’t wait to embrace the spirit of the greatest festival in the world”.

“Every week I speak to new artists on my radio show and Glastonbury is often cited as a pivotal moment in launching their careers – the festival’s genuine, enthusiastic support for the best emerging talent is something I’ve long admired. Thank you for having me Emily Eavis for my final UK show – it’s going to be emotional”.

This exciting news was confirmed by Glastonbury who also shared this statement.

“We are incredibly excited to announce that the one and only @EltonOfficial will headline the Pyramid Stage on Sunday night at Glastonbury 2023, for what will be the final UK show of his last ever tour”, they tweeted.

We are incredibly excited to announce that the one and only @EltonOfficial will headline the Pyramid Stage on Sunday night at Glastonbury 2023, for what will be the final UK show of his last ever tour. pic.twitter.com/tpylanY1Rh

In a separate post, Glastonbury’s Emily Eavis promised that the festival will give Elton John “the mother of all send offs”.

“It gives me enormous pleasure to let you know that the one and only Elton John will be making his first ever Glastonbury appearance, headlining the Pyramid Stage on the Sunday night next year”, she said.

“This will be the final UK show of Elton’s last ever tour, so we will be closing the Festival and marking this huge moment in both of our histories with the mother of all send-offs”.

In light of this exciting news, music fans far and wide have been reacting, sharing their joy.

Cant argue with that – even if you subjectively dont like his music its one of the most significant musical acts in the UK ever and its his last ever show on these isles. If its not your thing, there are 50+ other stages to choose from 👏🏼

Elton John is headlining @glastonbury 2023. Whoop whoop! This is how I'm feeling (better get working on my outfit) https://t.co/0bLqmA9HyN

the joy in @knockback78
the joy she brings ❤️ pic.twitter.com/bQODVxuQJ6

As part of this tour, Elton John performed his last ever show in North America recently. See more on this from Nova here.

Black Sabbath’s Paranoid Had Such An Impact On My Career –...