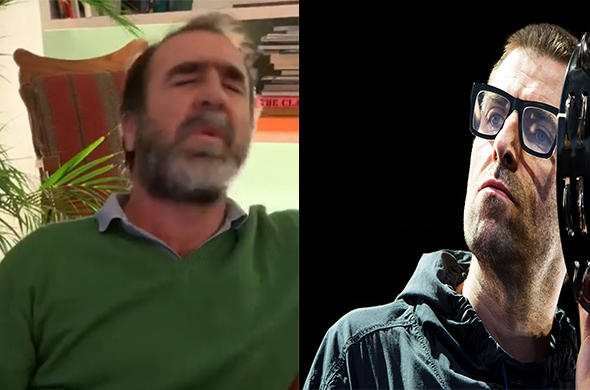 Eric Cantona recently shared a video of himself crooning along to ‘Once‘, with the former Man U star claiming the song is his favourite of 2019.

It’s like one of those Dad rock moments where the old fella makes Christmas truly cringetastic! Check it out below!

When two Manchester legends meet. « Once » my song of the year! @liamgallagher

Even though Liam Gallagher is an ardent Man City fan he was stoked to see the clip.

Meanwhile, at a certain point in Liam Gallagher’s career, he was asked if we would like to take part in I’m A Celebrity…Get Me Out Of Here!

Liam said the opportunity to join the jungle was proposed shortly after Beady Eye split up in 2014 but he turned down the offer. According to MOJO via the NME, Liam said: ”There was all that. It might have been I’m A Celebrity… Get Me Out Of Here!. They said, ‘Do you wanna come in the jungle?’”

LG replied, ‘Listen mate, I’m already in the fucking jungle. Are you taking the fucking piss? My band’s just broken up, fucking our kid don’t speak to me, the missus has fucking left, I’ve got another fucking kid on the way – this is the fucking jungle. Fucking shitty little TV fucking show.”

”I think I got asked to go on Strictly Come Dancing as well. I don’t know about that. The hips aren’t what they used to be. Maybe I’m just blagging it and a fucking proper little flamenco dude is trying to get out.”

Pink Floyd Are To Release Their 2018 Remaster Of ‘Animals’