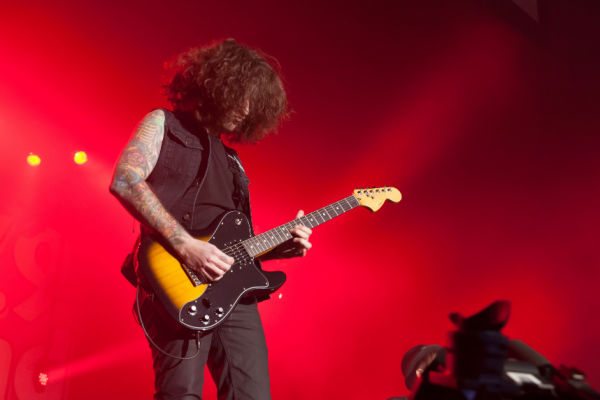 Fall Out Boy’s Joe Trohman is to step away from the band to focus on his mental health.

The band’s founding guitarist confirmed this news via his Instagram account, where he did also assure fans that he would “absolutely, one hundred percent” return.

News of Trohman’s temporary hiatus coincides with Fall Out Boy’s release of their latest studio album ‘So Much (For) Stardust’.

The band also shared their lead single ‘Love from the Other Side’.

Announcing his plans to step away from the band for mental health reasons, Joe Trohman released this statement.

“Neil Young once howled that it’s better to burn out than to fade away. But I can tell you unequivocally that burning out is dreadful. Without divulging all the details, I must disclose that my mental health has rapidly deteriorated over the past several years”, he wrote.

Trohman continued, “So, to avoid fading away and never returning, I will be taking a break from work which regrettably includes stepping away from Fall Out Boy for a spell. It pains me to make this decision, especially when we are releasing a new album that fills me with great pride (the sin I’m most proud of)”.

Insisting that he will return to the fold, Trohman said that “In the meantime, I must recover which means putting myself and my mental health first,” he continued. “Thank you to everyone, including my bandmates and family, for understanding and respecting this difficult, but necessary, decision”.

Forming in 2001, Trohman founded Fall Out Boy alongside his childhood pal Peter Wentz. The band subsequently released the first of their six studio albums in 2003, ‘Take This To Your Grave’.

The line up saw Trohman on guitar, Wentz on bass, with Patrick Stump as frontman, and Andy Hurley on drums.

Last December, it emerged that the band had been sending out cryptic postcards. More on this from Nova here.