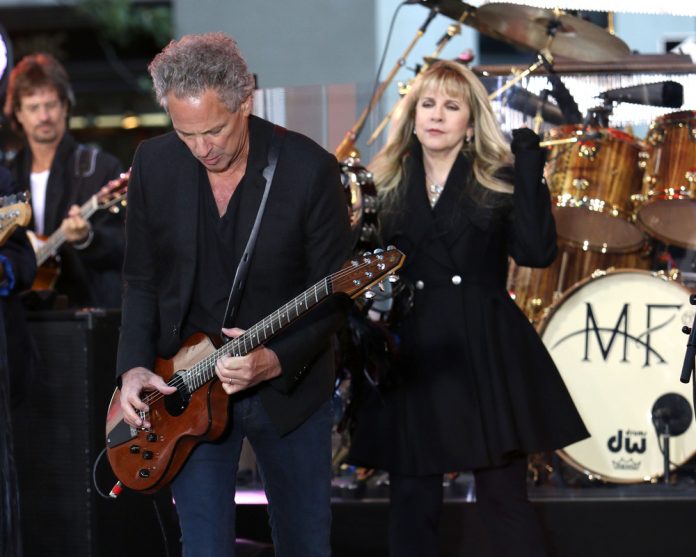 Fleetwood Mac fans have reacted with dismay at the sad news of the departure of guitarist Lindsey Buckingham. After the news broke that the legendary guitarist had quit, reports started circulating that Buckingham had been fired. The sacking apparently rising from a disagreement over the band’s upcoming tour.

Some fans began to wonder if the band could continue as Fleetwood Mac without Buckingham.

Definitely wouldn’t be the same. At all.

I was shocked and saddened to read Fleetwood Mac has fired Lindsey Buckingham. He was such an integral part of the group and wrote so many of their classic songs. Just won’t be the same without him. The Eagles without Glenn Frey, Elton John retiring, now this *sigh*#MusicMonday pic.twitter.com/s6uOcUM5pC

One fan argued that it requires two musicians to replace Lindsey Buckingham.

Others expressed a more positive note at the news of Tom Petty and The Heartbreaker’s guitarist Mike Campbell and Crowded House singer and guitarist Neil Finn joining the band.

Fleetwood Mac AND Neil Finn! My brain has exploded. AM I SECRETLY IN CHARGE OF THE WORLD NOW? ALL MY DREAMS ARE COME TRUE.

Meanhwile, the appointment of Neil Finn to the band may come as a suprise to some. However, according to a report in Ultimate Classic Rock, Finn has been close with the band’s co-founder and drummer, Mick Fleetwood, for years.

Fleetwood called the Crowded House front man a ‘new music’ friend in 2016, the pair also both recently played the Concert For Our Lives. An event inspire by the March For Our Lives group following the Florida school shootings in the US in February.

According to Setlist.fm, Fleetwood sat in with Finn on a cover of Crowded House’s ‘Don’t Dream It’s Over.’ It was also reported that Fleetwood joined forces with Neil’s son Liam Finn and Conan Mokasin for a rendition of the Little Willie John classic ‘Need Your Love So Bad.’ A song from Fleetwood Mac’s early repertoire. There’s a video of that to watch below.

In a statement, Neil Finn expressed his delight at being invited to Fleetwood Mac, ‘Two weeks ago, I received a wonderful invitation to be a part of a truly great band. A few days later, I was standing in a room playing music with Fleetwood Mac. It felt fresh and exciting, so many great songs, a spectacular rhythm section and two of the greatest voices ever. Best of all, we sounded good together. It was a natural fit. I can’t wait to play.’

Noel Gallagher Teams Up With Actor Matt Smith For His Next...