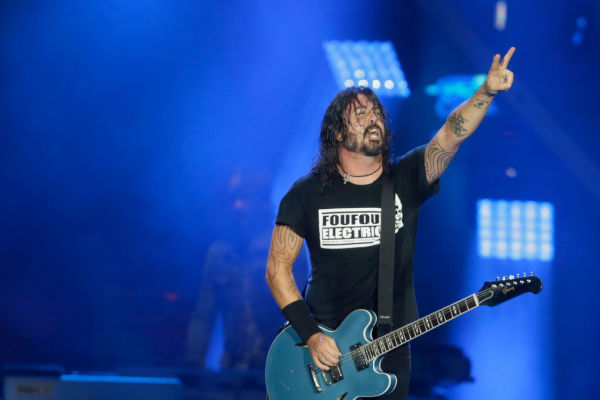 Foo Fighters have announced their first set of shows since the passing of their drummer Taylor Hawkins last year.

Hawkins passed way last March, after he was found dead in Bogoto, Columbia during Foo Fighters’ tour of South America. He was 50 years old.

Foo Fighters have now confirmed plans to return to the stage, announcing plans to headline this year’s Boston Calling Festival, where they top the bill on the opening night on May 26.

Along with the Dave Grohl led band, the Lumineers and Paramore will also headine the festival, with the likes of Alanis Morrisette, Queen of the Stone Age, Yeah Yeah Yeahs and others also taking to the stage.

Foo Fighters confirmed this news via their social media accounts.

“We will be headlining @bostoncalling Friday, May 26th. Presale tickets go on sale beginning Thursday, January 12th at 10am ET”, the band wrote.

We will be headlining @bostoncalling Friday, May 26th. Presale tickets go on sale beginning Thursday, January 12th at 10am ET. Visit https://t.co/HGZqb73PPc for details.#BostonCalling pic.twitter.com/eeeH2PCIMC

Along with Boston Calling, Foo Fighters also confirmed that they will also headline at Columbus’ OH’s Sonic Temple festival on May 28, along with Bonnaroo on June 18.

News of these upcoming shows comes after the band had insisted that they would return to the stage following Hawkin’s death, stating that they will be “going forward”.

“Foo Fighters were formed 27 years ago to represent the healing power of music and a continuation of life. And for the past 27 years our fans have built a worldwide community, a devoted support system that has helped us all get through the darkest of times together”, they wrote.

Paying tribute to Hawkins, they also added, “Without Taylor, we never would have become the band we were – and without Taylor, we know that we’re going to be a different band going forward. We also know that you, the fans, meant as much to Taylor as he meant to you. And we know that when we see you again – and we will soon – he’ll be there in spirit with all of us every night”.