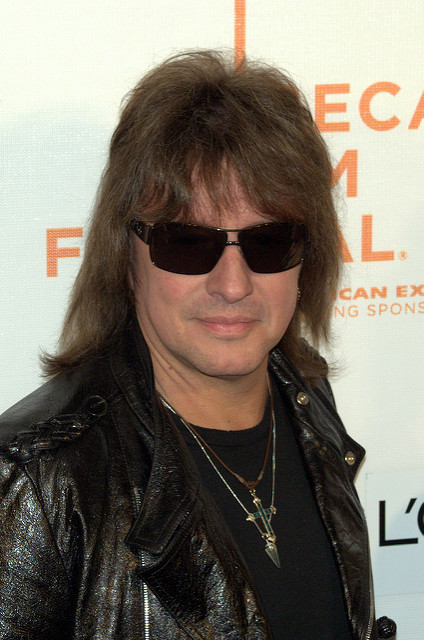 Former Bon Jovi guitarist, Richie Sambora has said that there is no bad blood between himself and Jon Bon Jovi.

On being asked about the possibility of him returning to Bon Jovi, he said “Never say never, there’s no malice. Jon and I talked just a week ago. Everything is cool. They’re on a different trajectory, I’m on a different path. Plus I wanted to go out and sing.”

Since leaving the band in 2013, the guitarist has launched a new project, RSO, with Austrailian guitarist (and his girlfriend of two years) Orianthi. The two met shortly after the guitarist left Bon Jovi and they have been working on their debut album for two years, with the help of producer, Bob Rock.

Speaking about his new partner, Sambora said “People don’t know Ori is an amazing singer and an amazing writer. Together I think we’ve reached something that is a new sound.”

In the past, Orianthi has worked with artists such as Prince and Michael Jackson. Talking about it recently she said  “Working with Michael was a dream come true, he was an amazingly talented performer and artist”

Sambora has described the album as “Sonny and Cher on steroids.” and added “There are not a lot of male/female duos going on in the world, especially two guitar players like us”.

The two are due to go on tour in September where they will be playing music from the current album, as well as their own solo material.