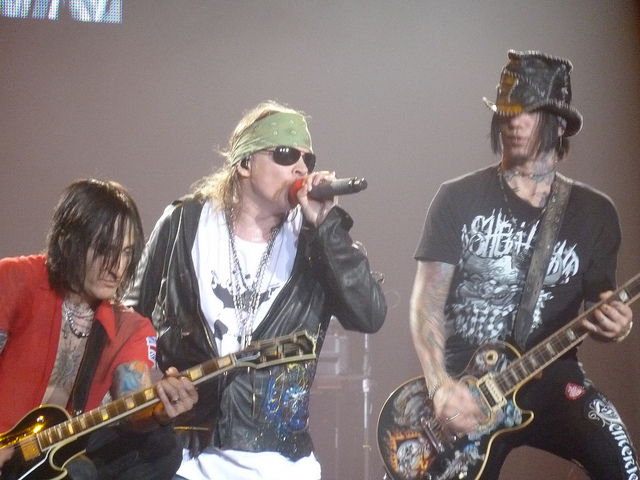 Former Guns N’ Roses guitarist, DJ Ashba has said that he doesn’t think he will ever return to the band.

The guitarist, who was part of the band’s line-up between 2009 and 2015, is now playing with Nikki Sixx and James Michael in Sixx:A.M. Guns N’ Roses recently embarked on their successful ‘Not In This Lifetime’ tour, with original members Slash and Duff McKagan joining Axl Rose.

Ashba spoke to Blabbermouth recently and said that while he had not seen the recent tour, “I would love to see that show. I could not be happier for them that Slash and Duff are back with Axl.”

After being asked if he would play with the band again if he got the invitation, he said, “To be honest, I think they are doing great without me, and really, I don’t see myself going back to Guns N’ Roses ever again,”  Continuing, “Those days are over for me. I’m having a blast doing what I’m doing with Sixx:A.M. and couldn’t be happier with the way things have panned out for me. My heart is totally committed to all things Sixx:A.M. right now and I’m very excited about the prospect of touring and writing more music with Nikki and James Michael.”