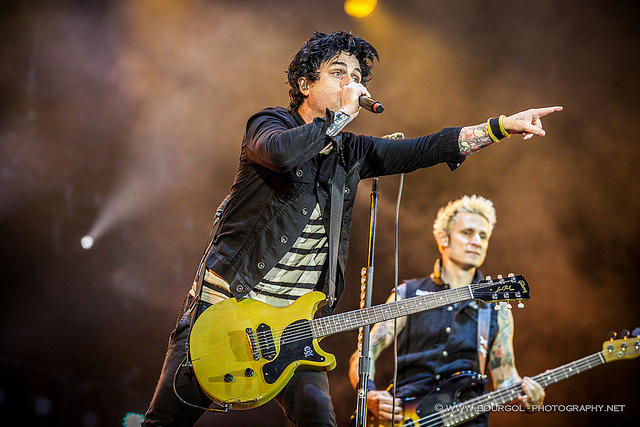 Green Day have spoken about the up-coming ‘American Idiot’ film, and given fans an insight into what to expect from the film.

It was announced recently that the ‘American Idiot’ stage show would be adapted into a screenplay for HBO in America. Billie Joe Armstrong confirmed that he would be reprising his role as St Jimmy in the adaptation, which playwright Rolin Jones was writing.

The band have spoken to NME to give fans an insight into how the production of the film is coming on. Billie Joe said “HBO is into it, and now we’re dealing with a re-write right now and it’s going good,” Adding, “I think it’s going to be a lot different from the musical. It’s kind of, more surreal but I think there’s going to be parts of it that might offend people – which is good. I think it’s a good time to offend people.”

The frontman continued “I think there’s just going to be a lot of imagery that we couldn’t pull off in the musical in the stage version. You know, I don’t want to give away too much, but it will be shocking in a way which makes you think.”

Musing Over Whether This Is The Long Awaited New Track …