Home Music The Gaiety Is About To ‘Let It Be’ 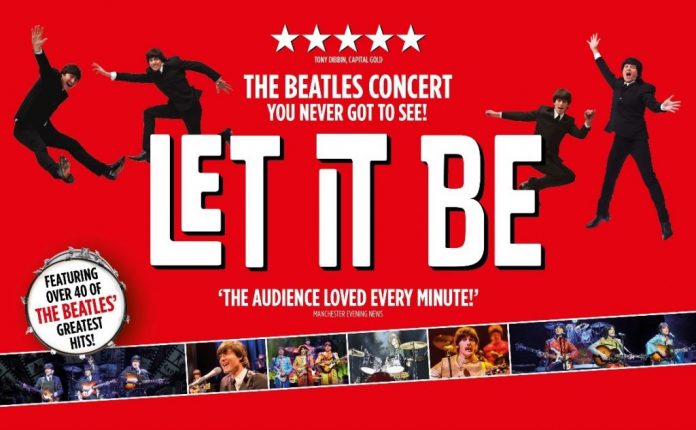 Let It Be is returning to The Gaiety Theatre this year from September 17th to 22nd, where the smash-hit stage show has been updated and is back on the road.

The new show features more than 40 of the Beatle’s greatest hits with a brand new second part imagining the reunion concert that never surfaced!

In a twist from the original Let It Be show, audiences will now be taken on a Magical Mystery Tour to experience the concert that never was.

Part II of Let It Be is the brand new part of the show, giving audiences the rare opportunity to see The Beatles reunite for one night only, set a decade after the group went their separate ways.

The show has firmly established itself on the West End and will now be gracing the streets of Dublin where you’ll experience the phenomenal music of The Beatles.

Let It Be is the ultimate experience for Beatles fans, and features many of the Fab Four’s best loved songs including A Hard Days Night, Day Tripper, Sgt. Pepper’s Lonely Hearts Club Band, Twist and Shout, I Want To Hold Your Hand and Strawberry Fields Forever.

The show will then embark on a UK, European and international tour taking countries including Germany and North America.

Tickets are from €21 and will be on sale from Wednesday, March 28th at 9am from the Gaiety Theatre Box Office.

The Cranberries Will Complete New Album In Tribute To Dolores