Advertisement
Home Music News Glastonbury Is Here And The Festival Was Kicked Off By Michael Eavis?! 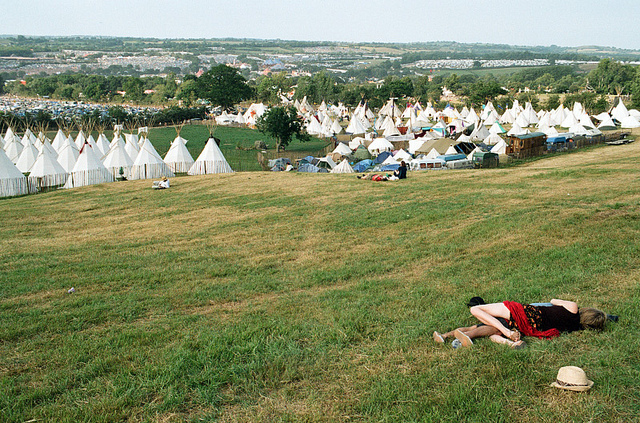 Glastonbury has officially kicked off with a surprise performance from….Michael Eavis?!

The festival boss has been, as usual, a big hit at the festival and took the stage last night to sing Elvis Presley’s song “You were always on mind”

The underrated crooner got the audience excited at the Karaoke tent when he first showed up on stage.

This isn’t the first time that he has taken the stage, having popped up on stage a few times before.

In 2010, the festival’s 40th year, he appeared on the main stage at the Festival, with headline artist Stevie Wonder, to sing the chorus of the latter’s “Happy Birthday”.

At the Glastonbury Festival 2016, at the age of 80, he accompanied Coldplay on stage in a rendition of “My Way”.

Michael Eavis being ever the ledge that he is, also famously takes very little profit form the running of Glastonbury. He donates a majority of the profits to charity every year and generally tends to live a pretty humble existence on his farm.

He hasn’t bought a new car in 17 years, doesn’t go on overseas holidays and takes home just a fraction of the money he earns. He has stated that he prefers to invest his money into a new slurry pit rather than any other materialistic goods.

Eavis, 79, says he’s not interested in the money and donates £2m to charity each year after paying his staff’s wages and event costs.

The festival employs around 150 people full time throughout the year and 25,000 during the event.

When not hosting the festival, his farm operates as dairy farm with a large stock of fresian cows.

The cows however are not lucky enough to score free attendance to the festival each year, which this year sees Foo fighters, Radiohead and Ed Sheeran headline the festival.

Slash – Back To School!