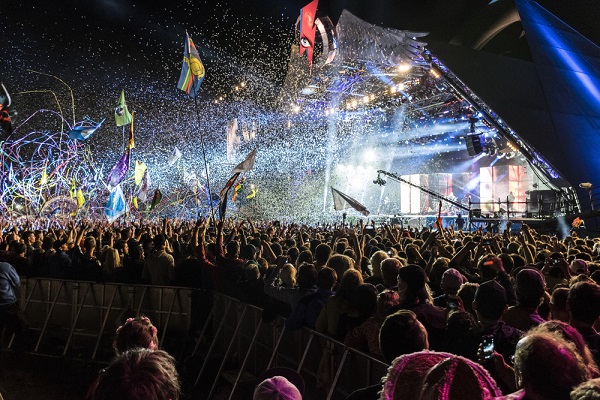 The already struggling music industry suffered another blow today as Glastonbury 2021 has been officially cancelled, due to the ongoing coronavirus pandemic. The festival’s organisers released a statement declaring the cancellation of one of the biggest music festivals.

“With great regret, we must announce that this year’s Glastonbury festival will not take place, and that this will be another enforced fallow year for us,” organisers Michael and Emily Eavis said in a statement. “In spite of our efforts to move heaven and earth, it has become clear that we simply will not be able to make the festival happen this year. We are so sorry to let you all down.”

The event has been completely cancelled and will not be rescheduled for this year. Current ticket holders for the cancelled festival can find information available on the Glastonbury website. Although this is the second year running for the festival to be cancelled, Michael and Emily are “very confident we can deliver something really special for us all in 2022.”

This slightly expected decision to cancel Glastonbury came down to the wire, with organisers saying on January 4th that there had been no decision made into the cancellation. This was despite claims made by Mel B on BBC Radio 5 Live that it was already cancelled.

Although Paul Reed was not surprised by the decision, the CEO of the Association of Independent Festivals believes the late decision could have mixed consequences for the rest of the British festival circuit. Reed stressed that Glastonbury (which is not a member of AIF) with a capacity of 210,000, made it an outlier to the other festivals.

“You have to consider the global and cultural significance of Glastonbury. It’s the largest green-field festival in the world, and it could set the tone in terms of public confidence for festivals going ahead this year. There are 975 festivals in the UK. Though some of the larger events will be making decisions this month as to whether they go ahead, for many of the smaller ones the cut-off will be later.”

The average decision date for smaller festivals is at the end of March, according to a survey by AIF. With festivals taking a minimum of six to eight months to organise, Reed suggests the government should step in and help protect the industry.

If the government does not step in by instituting an insurance scheme, UK festival organisers say they face cancellation and possible financial ruin. They need protection from bankruptcy in the event of cancellation owing to the pandemic, similar to a scheme that has kept TV and film productions in business.

Reed believes it is too soon to yet tell whether the festival season “is on or off”. He believes a second year of cancellations has left many festivals, even Glastonbury, with “the real risk of not returning.”

MP Julian Knight said the news was “devastating”. Knight is also chair of the DCMS committee that is directing an inquiry into the survival of festivals after the pandemic.

“We have repeatedly called for ministers to act to protect our world-renowned festivals like this one with a government-backed insurance scheme. Our plea fell on deaf ears and now the chickens have come home to roost. The jewel in the crown will be absent but surely the government cannot ignore the message any longer – it must act now to save this vibrant and vital festivals sector.”