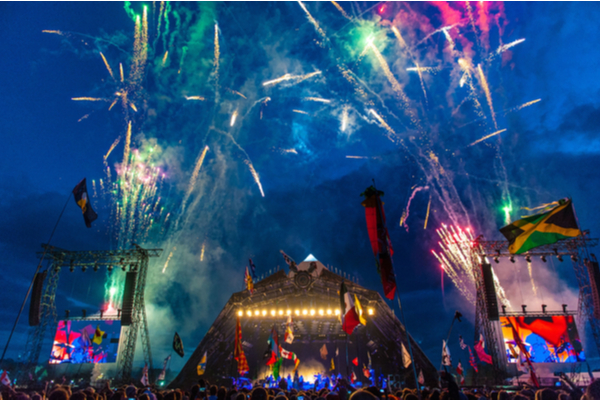 Glastonbury organisers have announced an epic, global livestream will be held from Worthy Farm, after the festival was cancelled for a second year. The five-hour event will include performances from the likes of Coldplay from around well-known sites on the farm, including the Stone Circle and Pyramid field.

Currently listed to take place on May 22nd, the Glastonbury coincides with the grand final of the Eurovision Song Contest. Organiser, Emily Eavis has said Damon Albarn, Jorja Smith, Haim, Wolf Alice and Michael Kiwanuka, as well as “very special guests”, are set to make an appearance.

Speaking to Dermot O’Leary on BBC Radio 2 this morning, Emily said music fans would be taken “on a five-hour journey with artists, through an evening at Worthy Farm”. The Eavis’ want to keep the experience as authentic as possible, with the festival organiser saying it is going to be “like the festival, but without people. We’re going to take you on a journey through all of those spots that you know, you recognise from Worthy Farm… We’re going to build into this whole epic journey around the site into the night.”

Emily describes the Glastonbury live stream as being an “ambitious, continuous livestream of music” and added that they are “very excited to be able to show the farm in a way that people have never really seen it, with these incredible artists.”

At the beginning of this year, the Eavis made the sad announcement that the ongoing coronavirus pandemic had put a halt to plans for Glastonbury 2021. When asked about the festival returning in 2022, Eavis told fans: “We’ll be back next year, that’s the plan, we’re working on that and fingers crossed we’ll see you there.”

The Glastonbury organiser said they are “pretty much good for next year, which is a very, very fortunate position to be in”. Emily said Glastonbury 2022 will have a combination of bands that were due to play last year, as well as “some new people who are touring. So, we’ve got a totally different line-up but there are some things that you’ll recognise as well”.

Tickets on sale now, at https://t.co/QTGMwdaW9i

For one night only, the greatest show online pic.twitter.com/ymJLc9RmPJ

Metallica – ‘Through The Never’