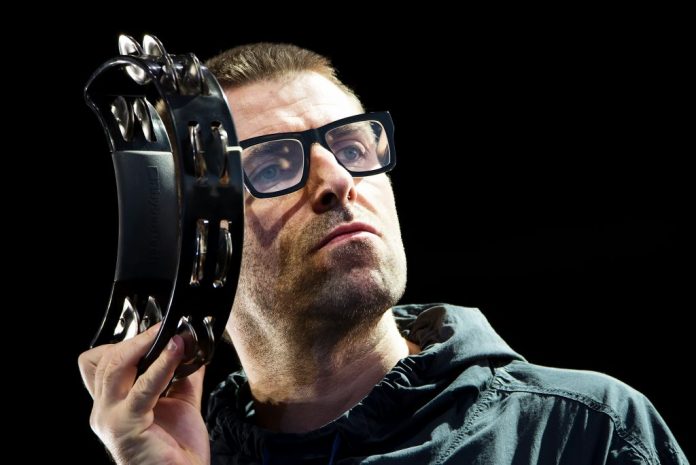 The 2018 VO5 NME Awards was held at London’s O2 Academy Brixton last night. Among an array of stars winning awards, Liam Gallagher took home The Godlike Genius award, which he thought was ‘about time’, when it was announced last year.

The award was presented to Gallagher by NME Editor-in-chief Mike Williams, who said that Gallagher’s receiving of the award was ‘extra special’ compared to previous winners.

‘And when you think that this is a magazine that, for 66 years, has been writing about The Beatles, and the Stones, and The Smiths, and every other legendary band and artist that the world has seen, then that just proves how totally iconic Liam Gallagher is.’

He continued: ‘This is a man who understands exactly what it means to be a rock’n’roll star. Through his history, the tunes, the swagger, and the sense of humour, Liam is one of the most iconic rock stars of all time. He’s a frontman who knows the job description – look cool, belt it out, be totally Godlike. No one does it quite like LG.’

Nme Nme Nme as you were LG x

Speaking to NME interviewers before receiving the award Gallagher said:

‘I don’t know, there have been a lot of knobheads that have won this award,’ Gallagher told NME. ‘I know what it’s like to be me, you know what I mean? Has it changed me? No, I always thought I was Godlike from the day I was fucking born – and no award ain’t gonna change it.’

Speaking about his plans for the next year, Gallagher replied: ‘Hopefully the same, man. I guess the pressure is off a little bit. The last year was mega, so hopefully we can just go in and do some festivals, get in the studio and do a little more – but it will be less pressure.’

Gallagher said a few words of thanks upon receiving the award too: ‘I want to dedicate this to my mam and my army of songwriters, past and present. The parka monkeys.’ He then took to the stage to perform a special set from his huge back catalogue.

As you were x