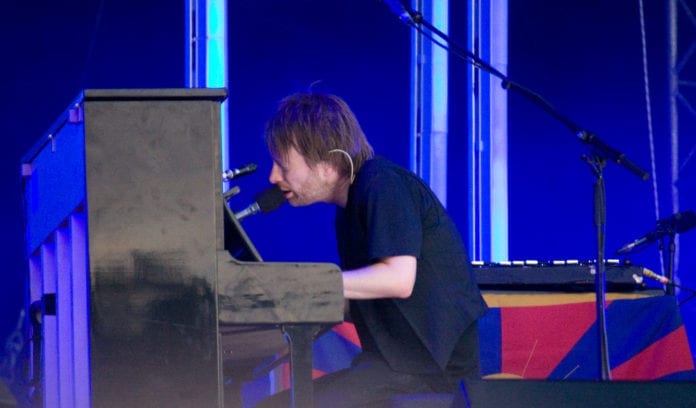 If you’re one of the lucky ones who nabbed yourself a ticket to tonight’s SOLD OUT Radiohead concert, here’s a bit of info that might come in handy for you.

Strict anti-touting rules have been put in place for the gig, which means that ticket holders will need to show ID to match the name on their ticket(s) – so don’t forget your ID!

As with all recent gigs at the 3Arena, there is a restriction on large bags/backpacks and searches will also be in place – so best to get there early, as there may be delays.

MCD have advised the below stage times:

The band are touring their most recent release ‘A Moon Shaped Pool’ with support tonight from JUNJUN – which is Radiohead guitarist Jonny Greenwood‘s world music side project. The tour will be coming to an end on July 19, the date of their controversial Israel gig.

It’s a big year for the Thom Yorke & Co. who’ve sold more than 30 million albums worldwide. They have confirmed a brand new reissue of OK Computer to celebrate its 20thanniversary. The LP which was first released in the UK in June 1997 is widely regarded as one of the greatest records of modern times. Along with the original record (remastered from the original analog tapes), the reissue includes three unreleased tracks and eight B-sides.

Led Zeppelin Gets Big Win in Copyright Suit Over ‘Stairway To...