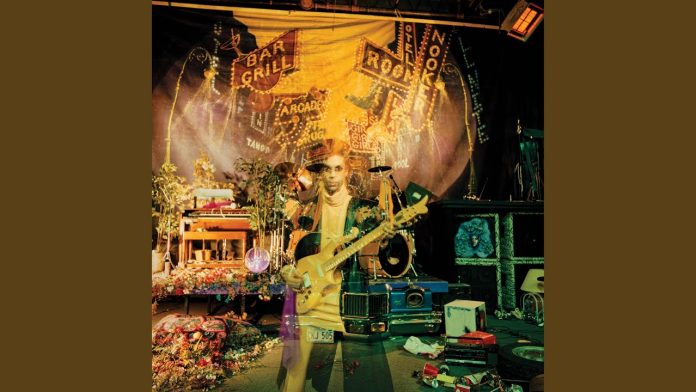 The updated version of Prince’s 1987 double album is out via Warner on September 25 and two vault recordings, “Witness 4 the Prosecution (Version 1)” and “I Could Never Take the Place of Your Man (1979 Version),” have already been released in recent weeks.

“Cosmic Day” was recorded in November 1986 at the famous Los Angeles area studio Sunset Sound and while the full song had never been released, elements from the track were later used for intermission music played during Prince’s 1988 Lovesexy tour.

A photo of Prince’s handwritten lyrics to “Cosmic Day” has been posted on the late music legend’s twitter to celebrate the release.

Out September 25, the Sign o’ the Times reissue will be released in multiple configurations as part of Prince’s ongoing catalog reissue campaign.

The live material includes a complete stadium concert Prince played on June 20, 1987, in Utrecht, The Netherlands.

The Super Deluxe reissue also comes packaged with a 120-page hardcover book, which you can pre-order now.

Earlier this year, Prince’s estate released the 1985 Live album and concert film digitally for the first time and reissued the box set Up All Nite With Prince: The One Nite Alone Collection.