Home Music Tributes Pour In For The Late Les McKeown Of The Bay City... 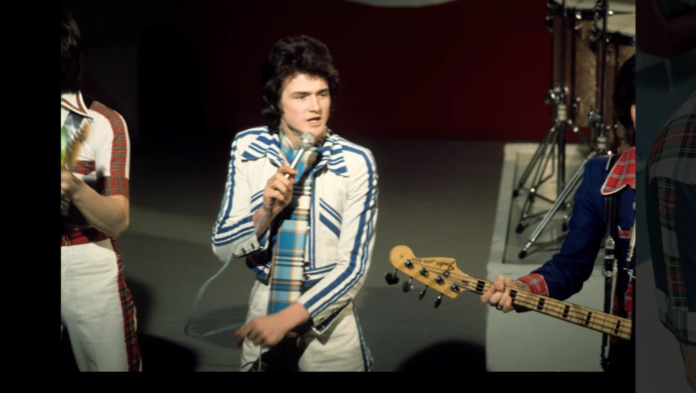 Tributes have been pouring in for the late Bay City Rollers vocalist Les McKeown who passed away yesterday aged 65.

McKeown was a pop vocalist and known for his flamboyant appearance and dress sense. He was the frontman for the band during the 1970s. He joined them in 1973, replacing Gordon “Nobby” Clark.

The Bay City Rollers were formed during the 1960s. They sold more than 100 million copies, with the press hailing them as the “biggest group since the Beatles”.

They became the Bay City Rollers when Derek Longmuir threw a dart at a map of the US. The second dart he threw landed on Bay City Michigan, and the rest is history!

They broke into the mainstream in 1974, after a series of tracks which failed to make the charts.

The band were headed by McKeown and Alan Longmuir, alongside guitarists Stuart Wood and Eric Faulkner. Longmuir’s brother Derek was on drums.

McKeown remained the band’s vocalist until 1978. The Rollers appeared on Top of the Pops on several occasions.

The band paid tribute to their former vocalist.  “We are saddened by the news of Leslie McKeown’s death. Our thoughts and prayers are with his wife Peko and his son Jubei, their family and friends. Rest In Peace, Leslie”.

A statement from his family was released from Twitter.

“It is with profound sadness that we announce the death of our beloved husband and father Leslie Richard McKeown. Leslie died suddenly at home on Tuesday 20 April 2021. We are currently making arrangements for his funeral and ask for privacy after the shock of our profound loss. Thank you. Keiko and Jubei McKeown”.

The tributes continue to pour in for McKeown

Boxer Frank Bruno paid tribute to McKeown writing, “He was part of the music scene when I was growing up & I remember tartan clad girls all screaming. It was a hysteria era music wise with The Osmond’s David Cassidy & Bay City Rollers seems like yesterday. I was more into Reggae & soul music”.

Les McKeown’s death follows Alan Longmuir who died in 2018. Bassist Ian Mitchell who replaced Longmuir also died in 2020. Mitchell himself was just 17 when he joined the Rollers, but left after 7 months.

Les McKeown reunited with Longmuir and Wood for a comeback tour in 2015.

The band sold 120 million records. The money made went to record executives, managers and companies which led to years of courtroom battles, before an out of court settlement was reached in 2016.