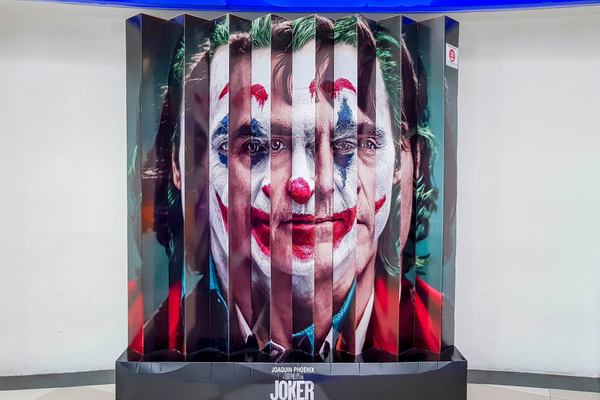 Joker is to be screened across the UK and Ireland with a live orchestra playing composer, Hildur Guðnadóttir’s award-winning score. As part of a tour dubbed Joker: Live In Concert, the event kicks off at London’s Eventim Apollo, September 26th.

With a night in Dublin’s Bord Gáis Energy Theatre on October 17th, the tour will also hit Glasgow, Edinburgh, Birmingham, Manchester, Liverpool and Cardiff. Fans can listen to Hildur’s magnificent piece, played beautifully by a live orchestra, by purchasing tickets via the Ticketmaster website, for €78.10.

Conductor and orchestrator of the original Joker soundtrack, Jeff Atmajian is set to conduct for the show in London’s Eventim Apollo. SENBLA’s Dave Mahoney is set to conduct Hildur’s score, in all its glory, for the rest of the tour dates.

Hildur Guðnadóttir said she is “thrilled to get to see and hear Joker in the cinema with a live orchestra. When we recorded the music, the orchestra brought such depth and detailed attention to the performances that we were all literally holding our breaths during most of the recording sessions. It was a beautiful trip. I’m so happy to get to go there again and for an audience to experience that too.”

Director Todd Phillips said he speaks “for the entire Joker team when I say how thrilled we are to be working with SENBLA and Ollie Rosenblatt on ‘Joker – Live In Concert’. I think it’s a wonderful way for audiences to experience Hildur Guðnadóttir‘s haunting and immersive score while bearing witness to Joaquin Phoenix’s descent into madness as Arthur.”

As a composer, Hildur wrote and performed the score for feature Mary Magdalene, the HBO/Sky miniseries Chernobyl, which won her an Emmy, and sequel Sicario: Day Of The Soldado. It was the latter that caught the ear of Joker director Todd Phillips.

Although Hildur’s piece is magnificent for the film, Joaquin Phoenix starred in the role of Arthur Fleck. The role of the fiend was first played on the big screen by Jack Nicholson, followed by a magnificent Heath Ledger, and a cameo from Jared Leto. Ledger won an Academy Award, BAFTA, Golden Globe Award, and Screen Actors Guild Award for Best Supporting Actor for his incredible portrayal.