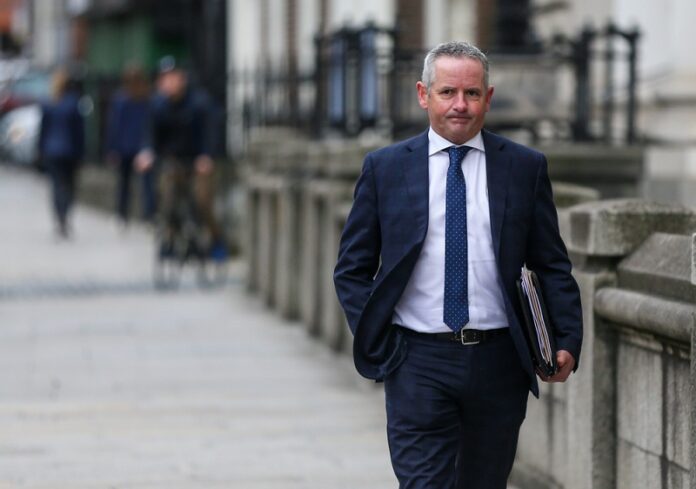 The HSE are waiting on advice from the European Medicines Agency about the Oxford/AstraZeneca advice.

The vaccine is due to be approved today for use in the EU, however, the German vaccine committee has recommended that the vaccine only be used for under 65s.

It could mean that Germany will start inoculating younger cohorts of its population sooner than expected.

The committee said “There are currently insufficient data available to assess the vaccine efficacy from 65 years of age.”

“The AstraZeneca vaccine, unlike the mRNA vaccines, should only be offered to people aged 18-64 years at each stage.”

HSE Chief Paul Reid has commented on the matter and said “A lot hangs on the EMA decision today”.

Mr Reid said that if the EMA follows Germany’s advice then the HSE will “look at alternative uses of the supply and how we would continue to try and prioritise the plus-70 age group across our other vaccine supplies.”

He also confirmed that Ireland will continue to receive 40,000 doses of the Pfizer/BioNTech vaccine but that will increase from the middle of February.

“Obviously it is a more complex supply process with the cold chain storage requirements. So we would have to relook at how we would organise the distribution.”

Earlier this week, it was announced that the Novavax vaccine has 89% efficacy against Covid-19. These numbers are from a UK trial and the UK have secured 60 million doses.

Mr Reid welcomed the news and it could come on the “supply line soon”.

The HSE have also said that if the EMA advise that the Oxford/AstraZeneca vaccine be approved only for under 65s, then the HSE would seek advice from the National Immunisation Advisory Committee.

UK data shows that the vaccine has a high degree of protection for all age groups. However, Mr Reid said that varying data is going to be a feature of the vaccination rollout globally.

Visit the Government’s website here for the latest information and figures on Ireland’s vaccine rollout.

Since AstraZeneca announced that they would be cutting their supply to the EU, there has been widespread discontent in Europe from politicians, health experts and the public at the vaccine rollout.

Italy and Poland have threatened legal action while Hungary has become the first EU country to approve a vaccine from China.

Earlier this week, Fianna Fáil TD Marc MacSharry has apologised for his statement in where he said that if the Ku Klux Klan were selling a vaccine, Ireland should buy it. You can read our report on it here.

See The Guinness Storehouse Like Never Before: After Dark