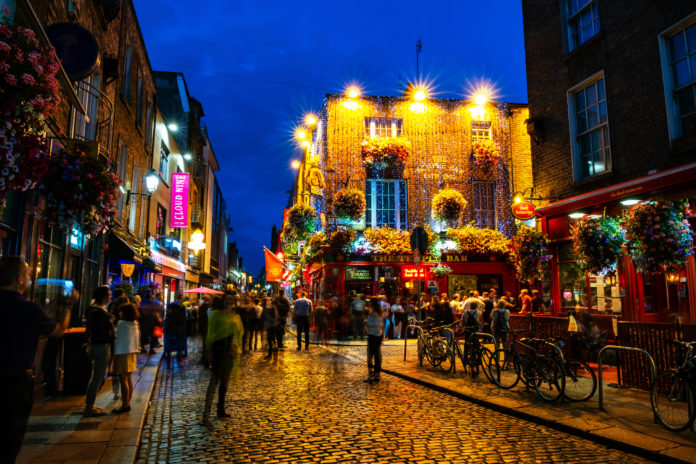 Temple Bar webcam footage showed two teenagers, aged 13 and 16, locked in an altercation with the pub’s security on the street outside. Gardaí are currently investigating the incident.

Gardaí were present and monitored the protest – which was mostly peaceful apart from a sole protestor who threw a battery at the pub’s door before being told to stop. Customers entering and leaving the pub throughout the evening were booed and jeered by the crowd.

Evan Fogarty (24) who organized the protest, said that the teens involved in the incident had done nothing wrong. “All we want is somebody to come out and say sorry. It is not much to ask for,” he added.

Aoife Kehoe (17) witnessed the alleged assault on Monday evening. She said that she was with the teens when the pub’s security guards started teasing the boys for being skateboarders.

One unnamed teen addressed Thursday’s crowd to say that the two skateboarders are peaceable people. “They are two lovely gentlemen. Not one of them would hurt anyone. All they want to do is land that trick and move on. Come out and say sorry.”

Temple Bar’s management did not respond to a request for comments issued by The Irish Times.

More Than 40% Of Trainee Doctors Experience Bullying Or Harrassment