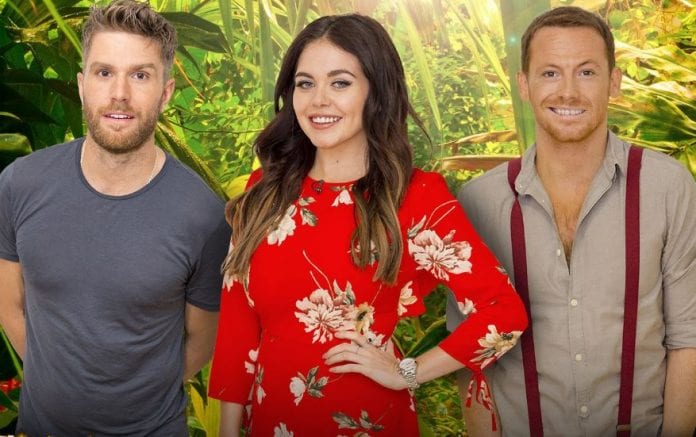 It’s that time of year again when celebrities are subjected to ritual humiliations for our viewing pleasure. The 2017 series of I’m A Celebrity… Get Me Out of Here returns to our screens Sunday, November 19th.

And we have to say, judging by the line-up just announced, it’s shaping up to be another year of must-see TV.

We’ve got the low-down on the celebrities entering the jungle, check out their profiles below before the big day arrives!

Stanley Johnson: At 77-years-old, the former Conservative MEP is the eldest of the camp mates. Like his son Boris, he’s known for his outspoken nature, which should make for entertaining viewing.

Amir Khan: The 30-year-old follows in the footsteps of fellow professional boxers including Nigel Benn, Chris Eubank and David Haye who have all participated in previous series’. After a turbulent few months for the boxer some time spent in the jungle may come as some light relief.

Shappi Khorsandi: The Iranian born, British stand-up comic has appeared on Live At The Apollo and is a regular feature on comedy panel shows. The 44-year-old is also a published author and released her first novel ‘Nina is Not Ok’ in February of this year.

Get up close and personal with our shiny new Celebrities here ➡️ https://t.co/VvvQDr0HW6 pic.twitter.com/Wj8DWa7io6

Jamie Lomas: Fresh from his departure from Hollyoaks, the 42-year-old is heading straight to the jungle. Jamie is also known for his roles in Eastenders, Dream Team and is the ex-husband of Coronation Street star, Kym Marsh.

Jack Maynard: Younger brother of popstar, Conor Maynard, and successful Youtuber in his own right, Jack is likely to attract a younger audience to the show. He entertains his 1.1M subscribers with his comedy videos.

Jennie McAlpine: Coronation Street veteran Jennie first appeared on the cobbles all the way back in 2001, as teenage tearaway Fizz Brown. The actress is said to have signed up to the show to pay off debts incurred from her Manchester tearooms, which she opened in 2012.

Georgina Toffolo: Made in Chelsea star Georgina has swapped the plush streets of West London for the Australian jungle. The 22-year-old, nicknamed Toff, is also a lingerie designer and has collaborated on a collection with British brand With Love Lilly.

Vanessa White: No reality show would be complete without a member of the Saturdays and this year’s ‘I’m a Celebrity’ is no exception. Vanessa has been quiet since the band disbanded in 2014 so she must be ready and rearing to go.

Dennis Wise: Former Chelsea footballer and father-of-two Dennis, completes this year’s line up. He is known for his no-nonsense attitude to the game, which he is likely to carry over to life in the jungle.

I’m a Celebrity… Get Me Out of Here begins Sunday, November 19th on TV3 from 9pm.

Find Out How You Can Catch Friends The Reunion: Where And...