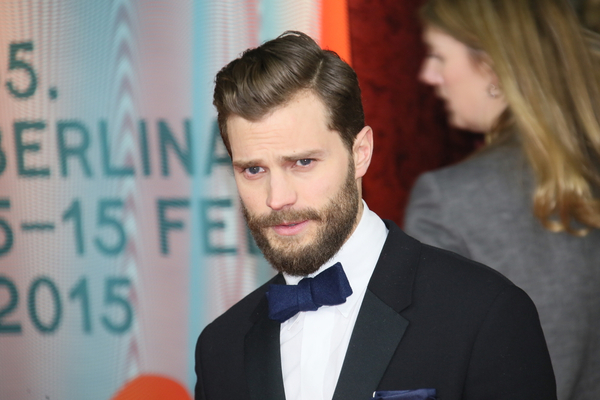 Jamie Dornan has said that he is embarrassed to talk about his fame in Ireland, claiming that Irish people are “quite uncomfortable with success”.

The actor said that it would not sit well within his hometown, if he was to brag about his fame.

Dornan will not be a “returning hero”

Speaking to Jimmy Kimmel, the Fifty Shades of Grey star assured viewers that he is not “returning a hero” when he returns home.

“Oh Jesus no”, he chuckled. “It’s funny you know, I think anyone from the whole island of Ireland, we’re quite uncomfortable with success”.

He continued, “You don’t want to be seen to be achieving too much, it doesn’t look well”.

“Who does he think he is”

Jamie Dornan then shared an insight into the attitude Irish people may have, should he were to brag about his stardom.

“There’s a bit of like ‘Who does he think he is going off to America and doing well”, Dornan said. “You’re sort of embarrassed by your own success, and you can’t talk about it too much”.

“I would get a bit of a hard time if I started going ‘I was on Jimmy Kimmel the other night’, you know what I mean? I can’t talk about it”.

Jamie Dornan stars in a new film based on the life of a working class family during the Troubles called Belfast. Written and directed by Kenneth Brannagh, the film also saw Dornan display his musical talents.

Explaing that he was quite a reluctant singer, Dornan also said, “I always say that I can sing as much  as the next douchey actor guy can sing. I think most actors, male and female, can sing”.

“I can sing a bit, but never wanted to be in a band. It was just one of those things. It kind of happened and we were pushed along a certain path. I’m a reluctant singer. I did it in a forum where I was uncomfortable”.

He also added, “Now, when I have to do it in the odd movie, I’m more comfortable”.

The actor was also quick to state that he will not be releasing any albums or record labels anytime soon.

“That’s the sort of thing, being where I come from, is a big no no”, he told Jimmy Kimmel. “’Hey lads I’m releasing an album’…no”.

During the premiere’s afterparty for Belfast in LA, Dornan also belted out Love Affair’s Everlasting Love. He explained what that performance was down to “the perfect amount of dirty vodka martinis and wine with dinner to get the courage to make that decision”.

Belfast will hit the screens on 21 January 2022. This will also feature Ciaran Hinds, Catriona Balfe, and Judi Dench.

New Documentary Johnny Vs Amber Reportedly In The Works