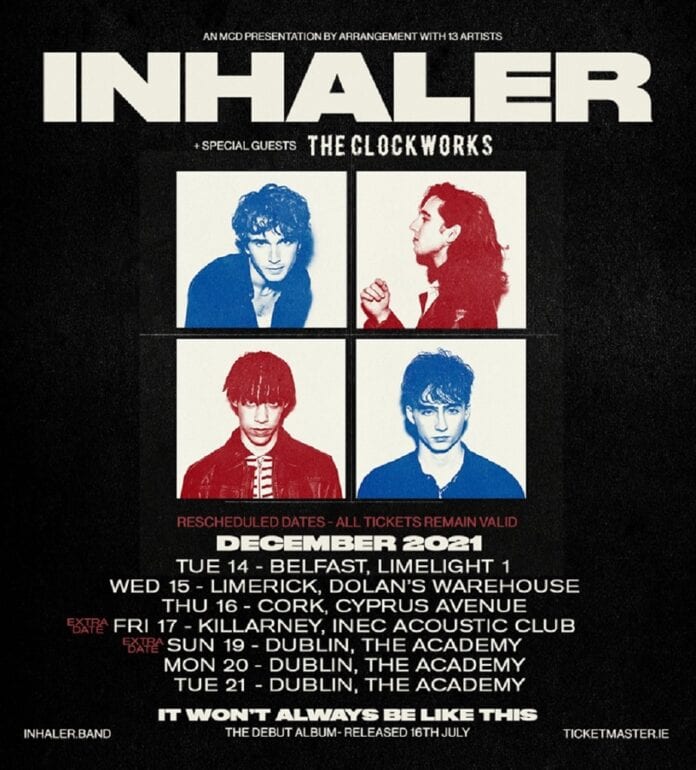 Inhaler have announced details of a full tour of the UK and Ireland later this year.

The dates in September, October and December include the band’s rescheduled tour of Ireland as well as an additional two new Irish shows and brand new UK tour dates.

The announcement follows news of the Dublin quartet’s debut album ‘It Won’t Always Be Like This’ which will be released on July 16th on Polydor Records.

Tickets go on general sale at 9:30am on Friday 26th March.

Inhaler formed whilst still at school in Dublin, bonding over a love of Joy Division, The Stone Roses, Kings Of Leon, The Strokes, Interpol, The Cure and more.

A string of captivating singles and their fevered live show have earned them a diehard fanbase – on their last tour, they sold over 10,000 tickets and played to sold-out crowds across Europe.

Their tracks have been streamed over 50 million times globally.