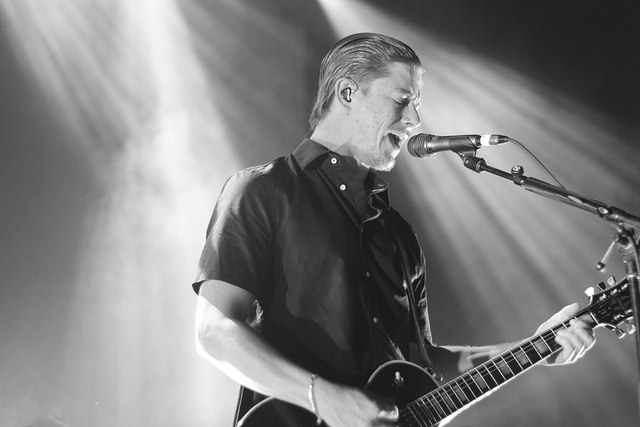 Interpol have unveiled a new bonus track titled The Depths, in anticipation of their new record.

The group’s new album El Pintor, is due out next week through Matador. The Depths, is an iTunes preorder bonus song.

The new LP will be the band’s first output in four years, since their self-tiled album in 2010. The New York rockers have already released the singles All The Rage Back Home and Ancient Ways.

From the offerings we’ve heard from the group so far, it is the closest sounding record since their stomping debut Turn On The Bright Lights in 2002.

Listen to the bonus track The Depth below.

It will be their first record without former bass player Carlos Dengler, since his departure in 2010. The remaining band members are singer-guitarist Paul Banks, who played bass on the new LP for the first time, guitarist Daniel Kessler and drummer Sam Fogarino.

Speaking to NME about the loss of Dengler, Fogarino said he hadn’t been in contact with him since he left the band. “If I were 10 years younger, maybe I’d go and snoop around, check out what he’s up to, but no, I’m pretty in and out there nowadays,” said Fogarino of the situation.

El Pintor was written and recorded at Electric Lady Studios in New York City. The record studio has housed acts such as, Bob Dylan, Kiss, The Clash, John Lennon, as well as being the last place Jimi Hendrix recorded tracks before his death.

Check Out The New Lyric Video for ‘Talk Tonight’ From Oasis