Home Entertainment “It Was Too Much” – Iman On Coping With Death Of Husband... 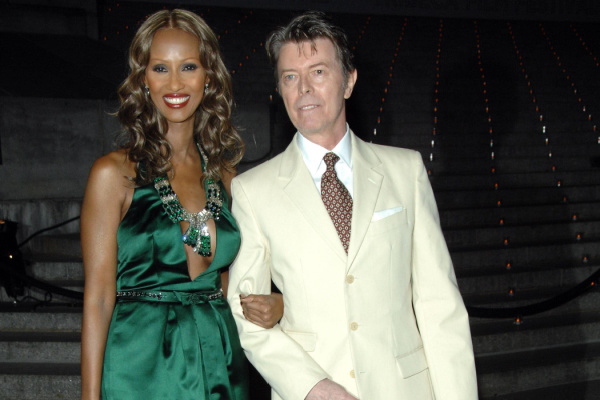 Model and businesswoman Iman has described grieving privately over the death of her beloved husband David Bowie as “too much”.

Iman married the singer in 1992, and the couple shared a 22 year old daughter together. Bowie sadly passed away from cancer in 2016 aged 69.

Earlier this year, Bowie was named Britain’s most influential music artist of the past 50 years. More on this here.

Speaking to British Vogue, Iman shed some light on coping with her husband’s death.

“It was too much. Too much”, she said. “We lived a very private life and suddenly it felt like there was a target on mine and my daughter’s head…”.

She continued, “You had people who would take your picture, sell it and then come to you and say, ‘I feel your pain”.

Elsewhere, Iman also revealed that it was David who encouraged her to pursue her ambition to launch her beauty brand Iman Cosmetics.

This brand offers a wide range of diverse shades, which was created in 1994.

Iman was also a muse to designers including Yves Saint Laurent and Gianni Versace.

“People always ask me if I influenced him. I didn’t. David came to me fully informed”, Iman revealed.

She continued, “I said, ‘Suppose it fails? ‘And he replied, ‘And? If it fails, what do you think is going to happen? You’re not going to die of it”.

“You know that there isn’t a single Black model who ever goes to a job without having her foundation in her pocket. This is a reason to create'”.

Iman also insisted that the issue of racism still remains within the industry.

“The reason a lot of [racist] things are happening in our industry is because there is nobody [non-white] in decision-making positions. These people exist”, she said. “So this idea that we are asking for a seat at the table… I’m done with the seat at the table. Let’s just dismantle the whole table”.

Last year, Iman called David Bowie her “one true love”, adding that he is “our hearts and minds on a daily basis, for all of us”.