Home Music News Mick Jagger On Winding Down On Tour 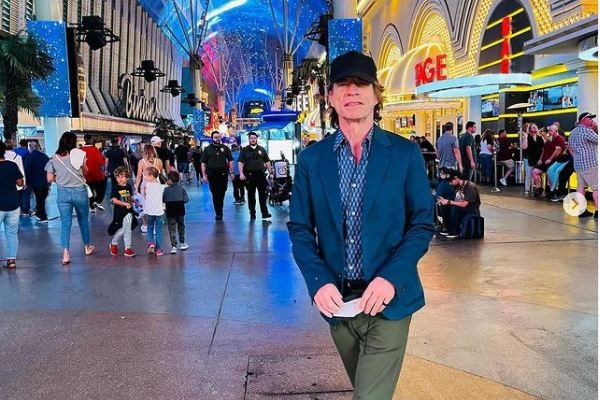 Rolling Stones frontman, Mick Jagger has been very active on social media, sharing some great snaps of him visiting tourist attractions. Flooded with various outings during the band’s No Filter tour, the singer has been sharing his looser side of late.

In a recent interview with The Washington Post, Jagger spoke of his Instagram habit and how he passes downtime from the band. The 74-year-old explained that he is “not just doing it to do Instagram pictures. I’m doing it to go out because I don’t want to be stuck in a hotel room watching TV. But, I mean, it gives you a bit of a funny thing. Oh, that’ll make a good picture, that’s hilarious. I don’t publish them all. Some of them are just too weird. But you do see odd things and you meet people, and you say hello.”

A lover of sights, Jagger puts a lot of planning his outings as “each town has something of great interest. Whether it’s a beautiful park, or a lovely picture, or a museum that’s interesting to you, or some odd thing that you never thought of. I’m just trying to get a vibe of where the place is.”

Jagger said his low-key Instagram posting is less about vanity, and more about keeping a diary of the places he visits. He shares his outings with one security guard, and maybe a member of the Stones’ backing band, as he feels Keith Richards “has a different approach to how he handles being on tour!”

While sometimes people will spot him out and about, Jagger notes that wearing a face mask has made him less recognizable. “In normal times, I would go into the bar and spend time in there. But, you know, I didn’t want to do that because of COVID. So, I just went outside. And at other times, you do the typical tourist thing like the St. Louis Arch. If you go there at certain times of the day, there’s not so many people. Take the mask off and do the picture.”

As laid back as he may perceive himself on his ‘gram, Jagger was not so chilled while responding to Paul McCartney’s comments of the Stones being a “blues cover band”. Replying jokingly, the singer claimed that “there’s obviously no competition”, between the legendary bands. “One band is unbelievably luckily still playing in stadiums, and then the other band doesn’t exist.”