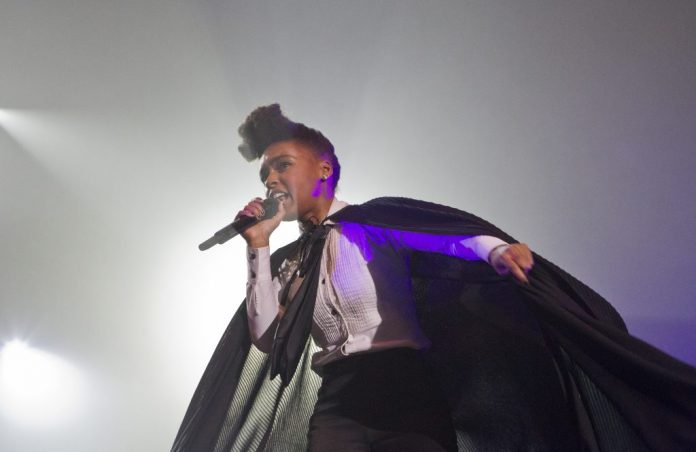 American musician Janelle Monae has explained how Prince has influenced her music, life and career in a recent interview. Monae’s upcoming album, ‘Dirty Computer’ I due for release on April 27th and will be her third solo album.

She revealed that the late legend ‘was helping me with the album before he passed on to another frequency.’

‘[Prince’s death was] a stab in the stomach. Monáe revealed. The last time I saw him was New Year’s Day. I performed a private party in St Bart’s with him, and after we sat and just talked for five hours. He was one of the people I would talk to about things, him and Stevie Wonder.’

‘I wouldn’t be as comfortable with who I am if it had not been for Prince. I mean, my label Wondaland would not exist without Paisley Park coming before us.’ Monáe continued. ‘He would probably get me for cussin’, but Prince is in that ‘free motherfucker’ category. That’s the category when we can recognise in each other that you’re also a free motherfucker.’

Check out her brand new video for ‘Make Me Feel’ below. We’re seeing lots of Prince and Bowie vibes.