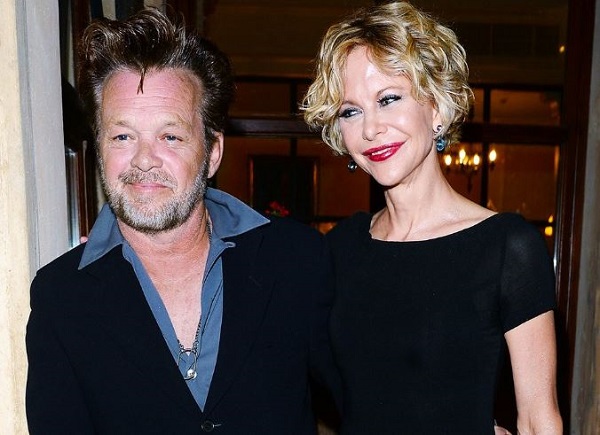 John Mellencamp and Meg Ryan are planning to get hitched! The actress announced her engagement to the musician on Instagram.

Meg Ryan posted a sketch of the couple with a caption that simply said “ENGAGED!” According to People via UCR, the actress had been seen by paparazzi in New York sporting an engagement ring.

The couple will now bag a total of five marriages between them, for Mellencamp this will be his third marriage and for Ryan it will be her second.

The couple have been going steady for eight years. Mellencamp’s marriage to Elaine Irwin was coming to an end when he started seeing Ryan. The relationship has had its incidents, back in 2014 the pair split up. Ultimate Classic Rock reports that was owing to his desire to stay in Indiana where he hails from and Ryan wanted to keep living in New York City.

Mellencamp explained his reasons for wanting to stay in the state, “I can’t see poor people. I can’t see the suffering. I can’t see the trash on the streets. … I’m not leaving Indiana. I’m going to die here.” Roughly a year after the break-up, Mellencamp was then seeing Christie Brinkley, but that was fizzled out in August 2016.

Ryan and Mellencamp patched things up last July. Meg Ryan seemed to be the victor in the disagreement. The guitarist purchased a 1,800-square-foot-loft in Manhattan for $2.3 million dollars. Mellencamp has just shared a video for “Eyes on the Prize,” which is a classic folk song that was made popular during the Civil Rights Movement.

The song is lifted from the forthcoming record, Other People’s Stuff, an LP that is going to be released on Dec. 7. It’s a set of covers that he’s worked on over the years.