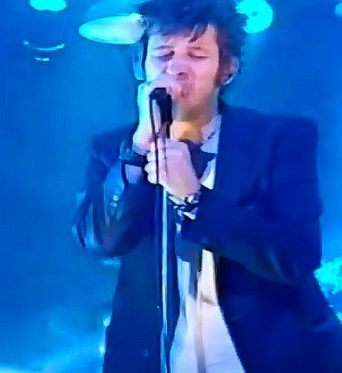 Johnny Depp has been friends with Shane MacGowan for over 20 years, and it’s been reported he will play the guitar as The Pogues frontman gets hitched to long-term girlfriend Victoria Clarke in Copenhagen.

In an interview with The Irish Independent, Clarke confirmed that “Johnny Depp is going to be the wedding guitarist.” MacGowan’s bride to be explained why they chose Denmark,  “Shane and I are both introverts and we decided that the only solution was to just elope together to someplace that we know nobody and nobody knows us, and keep it a secret.”

“But I have discovered something about weddings that I had not realised. People really, really want to show that they love the people that they care about.”

Clarke added that they wanted to keep it a low key affair, “So, much as we might have liked our wedding to be a non-event, and because we have found it impossible to keep it a total secret, a few of our friends and family have elected to make it a tiny but beautiful thing”.

Depp has been a long-standing friend of MacGowan, ever since the actor guested on his 1994 record, ‘The Snake’. Depp also played at the star’s 60th birthday party in Dublin in January.

The Irish Government Invites Every Country In The World To A...