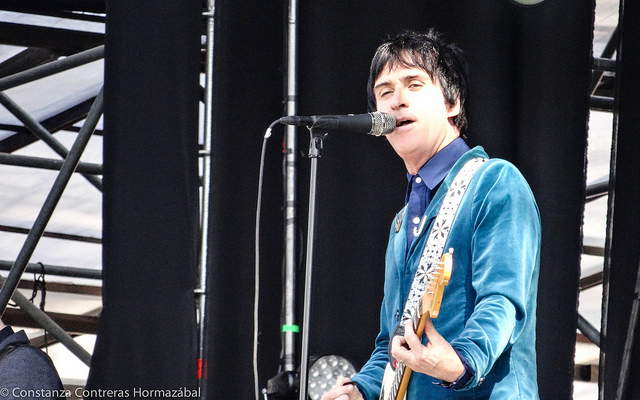 Johnny Marr has discussed the chances of a possible Electronic reunion with Bernard Sumner.

Marr and New Order frontman, Sumner formed Electronic in 1988 and the duo released three albums between then and 1999.

Recently there has been talk of the two reforming to tour or to release new material. Marr spoke to NME about the possible chances of this happening. The former Smiths musician said of the rumours, “Never say never, but we have some problems with the drum machine. It’s a legal thing.” He added, “When we find the manual, we’ll get back together because neither Bernard or I can remember how to work it.”

Johnny Marr also recently responded to the rumors surrounding a Smiths reunion. The musician spoke about a meeting he had with Morrissey in 2008, “Morrissey started to talk about how our relationship had become owned by the outside world, usually in a negative way. We had been defined by each other in most areas of our professional life. I appreciated him mentioning it, because it was true.” he said, and continued “The drinks kept coming and we sat talking for hours. We chatted, as we always did, about the records we loved, and eventually we moved on to ‘that subject’. There had been rumours for years that The Smiths were about to re-form, and they were always untrue. I had never pursued any offer.”

In the interview with BBC Radio 4, Marr added that “You know, we were never gonna be together for 30-40 years. We weren’t REM, we weren’t U2, you know it’s just nonsense. We had 70 songs in the bank. That was enough.”

Scott Asheton passes away at 64