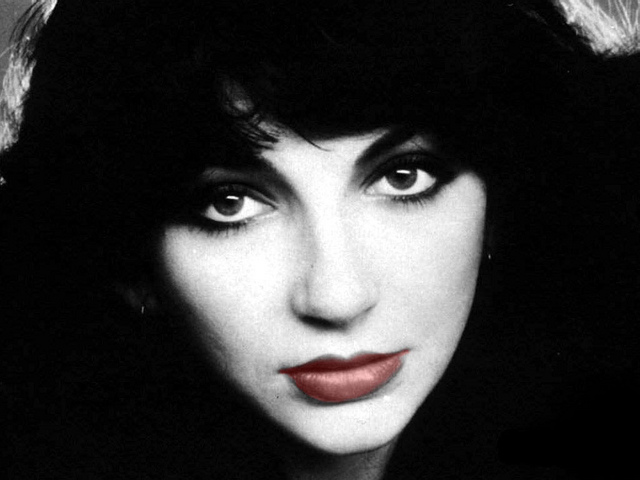 Kate Bush has paid tribute to the late David Bowie, while discussing contemporary music in a recent interview.

In the interview with Fader, the musician said that although she doesn’t listen to much contemporary music, “One of the most powerful things that I heard recently was ‘Blackstar‘ by Bowie,” She added, “I thought it was beautiful. Very moving of course, but I think one of the best things he’s ever done.”

It is no surprise that the ‘Ziggy Stardust’ singer meant so much to Bush, as their writing styles both challenge the norm. Speaking of her own writing, Bush said “I think when I’m working creatively, I don’t really think of myself of writing as a woman. I just think of writing as me, as a person, if that makes sense.”

The Wuthering Heights singer also discussed her reasons for paying tribute to Bowie earlier this year. She said “Well I was asked whether I would write something, and because he meant such a lot to me, I really felt moved to do so. He was one of my great heroes when I was growing up. He was such a brave artist, so unusual, and I loved his music. I met him a few times; he was really charming and playful. But I just sort of admired what he achieved creatively.”

Nick Drake Tapes Up For Grabs