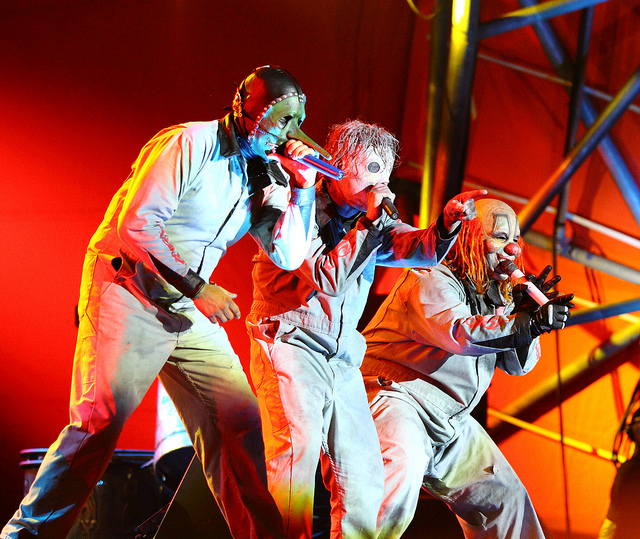 Slipknot have said that they expect to start work on their next album early in the new year.

The band’s next album will be the follow-up to ‘.5: The Gray Chapter’ , which was released in 2014. Their last album took 6 years to make, however it seems that fans won’t have to wait another 6 years for its follow-up.

Slipknot member Shawn Crahan spoke to Rolling Stone recently and said that he and Jim Root would start writing early next year, although no exact time was decided.

Meanwhile, the band’s frontman, Corey Taylor recently spoke to Scott Ian on ‘Never Meet Your Heroes’ about his battle with alcoholism, saying “There was a huge war going on in my head, and that kind of fed the booze,”.

He continued, “That fed a lot of my issues with drinking and shit because I had given up drugs when I was a teenager so that wasn’t an issue for me, but the booze was really the anchor that I [ had].”

Taylor added, “I had bullshitted myself into thinking that I couldn’t go on stage without it like, ‘It’s good luck.’ Such addict bullshit.”