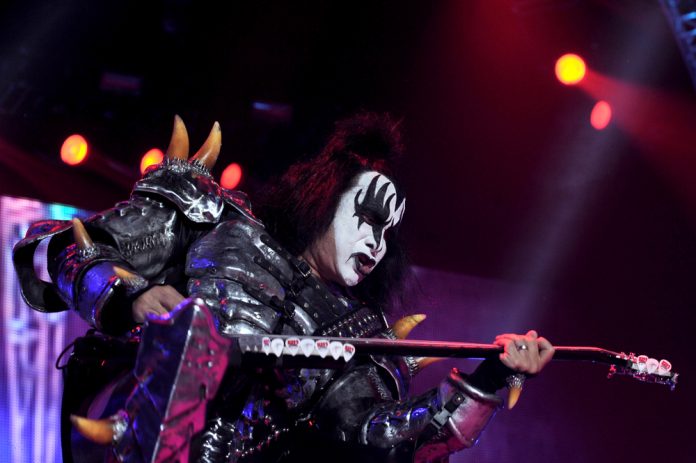 Gene Simmons has clarified his comments that rock is dead.

Simmons first made the controversial comments in 2014, but doubled down on this statement last month.

Simmons previously said “As soon as streaming came in, you took away a chance for the new great bands who are there in the shadows, who can’t quit their day job ’cause you can’t make a dime putting your music out there, because when you download stuff, it’s one-hundredth or one-thousandth of one penny”.

He remarked, “Everybody talks about streaming, but have you seen what artists get from that? It’s a joke”. More here.

Speaking to Consequence, Gene Simmons reiterated his comments that rock is dead, adding that bands have been unable to live up to the game-changing impact of the Beatles in the 1960s.

He continued, “And you can go to the heavy part of it, which is Metallica, Maiden, if you want to put KISS in there, that’s fine. AC/DC, on and on and on. Even U2, Prince, Bowie, Eagles. And then you get to disco stuff, and Madonna, and that stuff, and Motown, of course.

This led to Simmons subsequently asking, “And then from 1988 until today, who’s the new Beatles?”.

Despite admitting that bands like One Direction have achieved huge success. Simmons compared them and other bands to sugar.

“It gives you that little energy boost, and then it’s gone forever and you don’t care”, he said.

Simmons criticised the business model, saying that it prevents modern bands from being successful.

Simmons said, “The reason for that is not because there’s a lack of talent, but because young folks, that kid living in his mom’s basement, decided one day that he didn’t want to pay for music”.

“He wanted to download and file share. And that’s what killed the chances for the next generation of great bands. The fact that the music was for free. So nowadays new bands don’t have a chance”.

As well as sugar, “flowers” was also used as a metaphor.

Concluding, Simmons stated, “‘Rock is dead’ , you bet your ass it is, not because the talent isn’t there, but because the business model just doesn’t work”.

“And so that leaves live performances. And I really hope once this vaccine takes hold, you better get shot up twice, that people go out to the local clubs and see all the new bands and support new bands. Like a baby that’s on the floor, go up there, pick that baby up and coddle it, give it love, because those new bands need your love”.

These latest comments on rock have been dismissed by Alice Cooper.